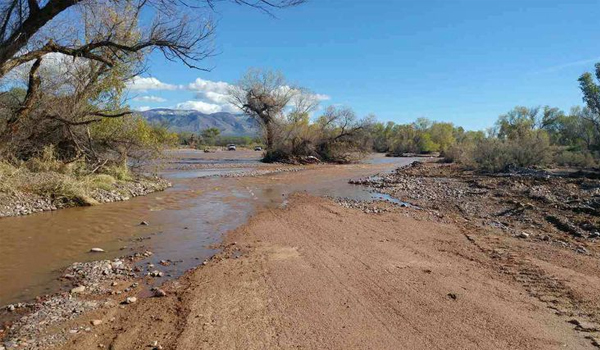 Washington, Dec 1 Two children were found dead and one remains missing in the US state of Arizona after a vehicle they were on was swept away in a flooded creek, media reported Saturday.A 5-year-old boy was found on Saturday morning and another child, whose age and gender were not revealed, was found later in the day. The day prior, media reported that nine people were in a mobile home attempting to cross a swelling creek near the Tonto National Forest when the vehicle was swept away.Two adults and four children managed to escape the vehicle and make it to safety, Gila County Sheriff’s Office said on Saturday.

Multiple rescue teams were deployed in the area but search operations remain difficult due to the debris left in the wake of the flood, a local officer told USA Today. A big part of the US mainland has been experiencing heavy snowstorms and blizzards over the Thanksgiving holiday. A rare bout of snow covered parts of Arizona State over the past days and tornadoes battered state capital city Phoenix, according to local media outlet AZ Central.