US has no locus standi to speak about Indians and their constitutional rights: MEA 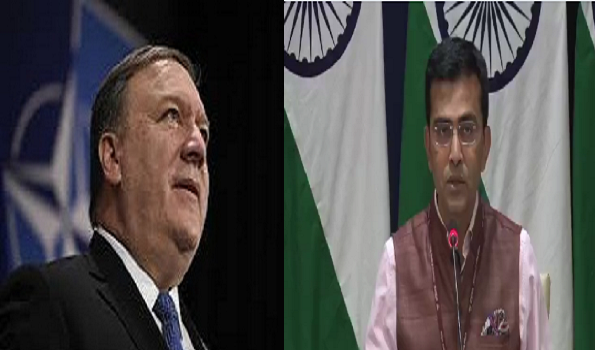 Two days before the US Secretary of State Michael R Pompeo arrives India on a three-day crucial visit, India on Sunday firmly hit out at the American administration and said there is “no locus standi for a foreign entity or government” to pronounce views on Indian citizens.

“We see no locus standi for a foreign entity or government to pronounce on the state of our citizens’ constitutionally protected rights,” MEA spokesman Raveesh Kumar said in reply to media queries on the latest Report on International Religious Freedom published by the United States Department of State.

“India is proud of its secular credentials, its status as the largest democracy and a pluralistic society with a longstanding commitment to tolerance and inclusion. The Indian Constitution guarantees fundamental rights to all its citizens, including its minority communities,”  Kumar said.

The MEA spokesman’s remarks came a day after the ruling BJP on Saturday described the US State department’s ‘2018 International Religious Freedom Report’ as a clear case of “bias against the Modi government and BJP”.

In a statement, party’s media in charge Anil Baluni has said: “The basic presumption in this report that there is some grand design behind anti-minority violence is simply false”. 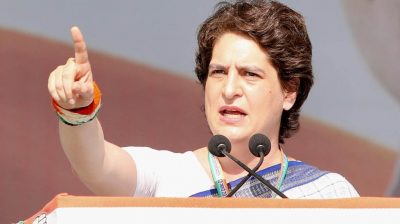