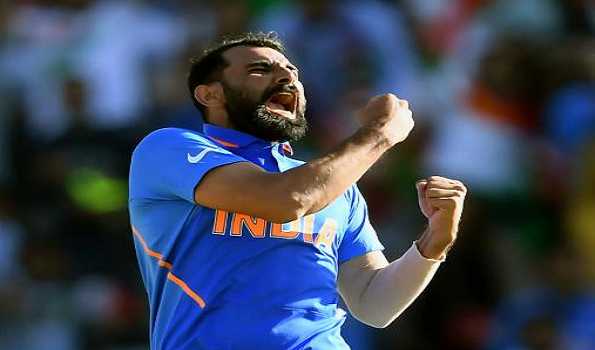 India has become only the third team in history to win 50 World Cup matches after a thrilling 11-run victory over Afghanistan in the ongoing ICC World Cup 2019.

A marvellous spell by Mohammad Shami (4/40), as well as Jasprit Bumrah, Yuzvendra Chahal and Hardik Pandya two wickets apiece helped India register victory against Afghanistan in a nail-biting match at the Rose Bowl stadium on Saturday.

The five-time champions Australia lead the elite list with 67 victories in 90 matches. Australia lost 21 matches and also have one tied and one no result to their name in the World Cup history.

With 53 wins off 84 matches, New Zealand is second on the list. The Kiwis suffered defeats in 30 matches while one game produced no result.

Afghanistan needed 16 runs to win in the final over of the World Cup match on Saturday when Shami produced a brilliant hat-trick and became the second Indian after Chetan Sharma to take three at the World Cup.

Shami got rid off Nabi, Aftab Alam and Mujeeb Ur Rahman to claim hat-trick in the last over of the match.

Apart from Sharma and Shami, there have been eight more hat-tricks at the World Cup so far. (UNI)