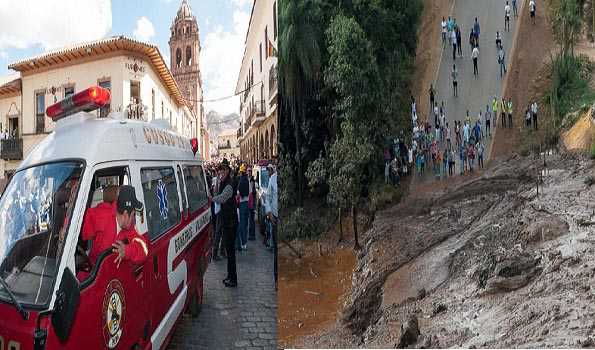 (UNI) As many as 34 people were dead and about 300 remain missing after a dam collapsed in south-eastern Brazil, officials said.

The cause of the incident which occured near the town of Brumadinho, is yet to be known.

The dam was owned by Vale, Brazil’s largest mining company.

The dam near Feijao iron ore mine collapsed at around 13:00 local time on Friday.

According to Minas Gerais state governor Romeu Zema, around 50 people were rescued from the sludge and 23 people were taken to hospital

“We’re likely to just be recovering bodies,” he further said, adding that “those involved in this tragedy should be punished”, as reported by BBC.

‘It was hard not to get ’emotional’ after seeing the scale of the devastation, Brazilian President Jair Bolsonaro, tweeted.

The Israel government offered to send search eqiupment that could find people buried in the mud, that has been accepted, Mr Bolsonaro said.

The Brazil’s Environmental Protection Agency has issued an initial fine of 250m reais (66.5 million dollars) to Vale, in relation to the incident.

According to Vale president Fabio Schvartsman the accident may have occurred too quickly for a siren which triggers security protocols to be activated.

The other residents have been evacuated as a safety measure.

The dam was built in 1976, was used to hold residue from the mine and it had a capacity of 12m cubic metres and had been an inactive site for three years, Vale said.