Weatherman predicts Bulbul rushing with a speed of 10 kmph 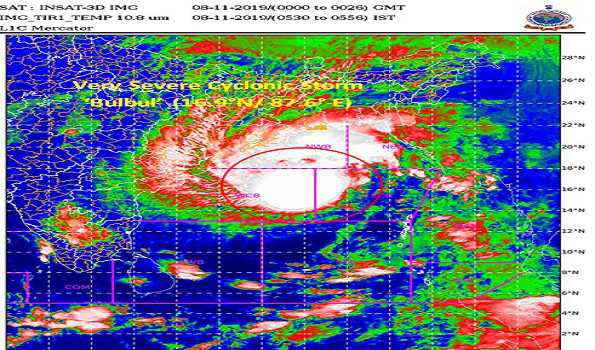 It is very likely to intensify further till early morning of November 9 and move northwards. Thereafter, it is expected to re-curve northeastwards and cross West Bengal-Bangladesh coasts between Sagar Islands (West Bengal) and Khepupara (Bangladesh), across Sunderban delta during the early hours of November 10 as a severe cyclonic storm with maximum sustained wind speed of 110-120 Kmph gusting to 135 Kmph.