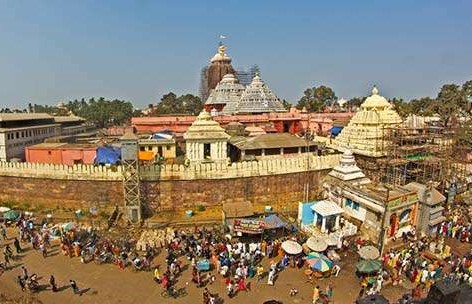 Puri: Work for developing Puri, the abode of Lord Jagannath into a heritage site has begun.The Revenue officials have measured  the land required for laying the  ambitious 7 km long four lane  road linking from Malatipatpur bus stand to Jagannath Ballav and construction of the multi layer parking place.

Official sources said forty acres of  land was needed to be acquired to lay the connecting road to NH 316. While a major portion of land was government and belong to Sri Jagannath temple about ten acres would be acquired from private persons Notice inviting tenders for construction of the road would be issued soon,  the official said

In another development the municipal administration had issued notice to about sixty  shop owners in Mahodadhi municipal Market at Mochisahi to vacate by October 4 next. The single story market complex built in 1973 is in a very poor condition and declared unsafe. Its roof is in bad shape.After demolition a multi storied market complex would be erected in its place and shops would be allotted to displaced businessmen.

The existing shop owners would be allotted shops on priority basis, said Puri Municipal Executive officer   Bijay Kumar Das. The soil test for construction of a rail over bridge at the Matiapada level crossing along the Puri -Konark NH 316 has been completed. Meanwhile, Voice of common man  Convener Hactor Mishra in a letter to Puri District Collector Balwant Singh said the demolition of old building of GeD near the office of the Superintendent of police had caused a severe damage to the historical place  of Puri.

Mr Mishra  said the GeD building was operating in the town from pre-independence era and with the  demolition a piece of  historical evidence was lost. The building housed the first electric power generator of this city. Way back in 1912 Puri residents experienced the lighting of first electrical bulb. This heavy duty kerosene run power generator set was brought by British officers to Puri through Haladia port via Cuttack.

It was manufactured by Enfield BSA, Glasgow, England and supplying power to Salt companies and the Governor house.  The  generator  set older than a century was a piece of history and should have been placed in museum for future generation to see , he said. Mr Mishra requested the Collector to direct the officials to preserve the important artifacts before demolition of other such historical buildings.