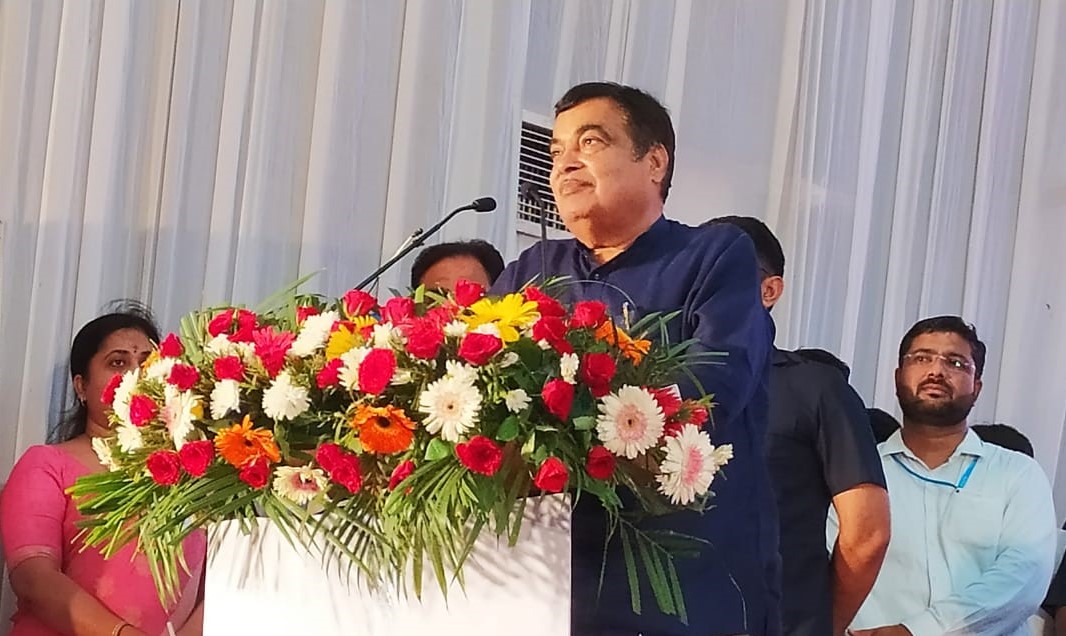 New Delhi: Union Minister for Road Transport and Highways Shri Nitin Gadkari inaugurated and laid foundation stones for 2 National highways projects worth Rs 1,791.46 crore in Dhule, Maharashtra. Speaking on the occasion he said these projects will give impetus to the economic development of Dhule and Nandurbar districts as well as provide new employment opportunities in the region.

Gadkari said these road projects will be useful in streamlining the transportation of agricultural produce in Dhule district, which is famous for its pepper production. He said planned under Bharatmala scheme these projects will provide modern and high quality roads to Dhule-Nandurbar districts and will further strengthen the connectivity of Maharashtra with Gujarat, Karnataka and other states. This will help in reducing the traffic congestion in Dhule and Chalisgaon, he added.

The Minister said these road projects will make it easier for the citizens to reach the tourist attractions like Brass Cave-Caves and Gautala Sanctuary,the world famous Ajanta Caves and Daulatabad Fort as well as Chalisgaon Railway Station will be easily accessible. He said it will be easy to reach religious places in Dhule as well as Aurangabad district .He said the Shewali-Nandurbar road project will be useful for the development of tribal areas in the region.