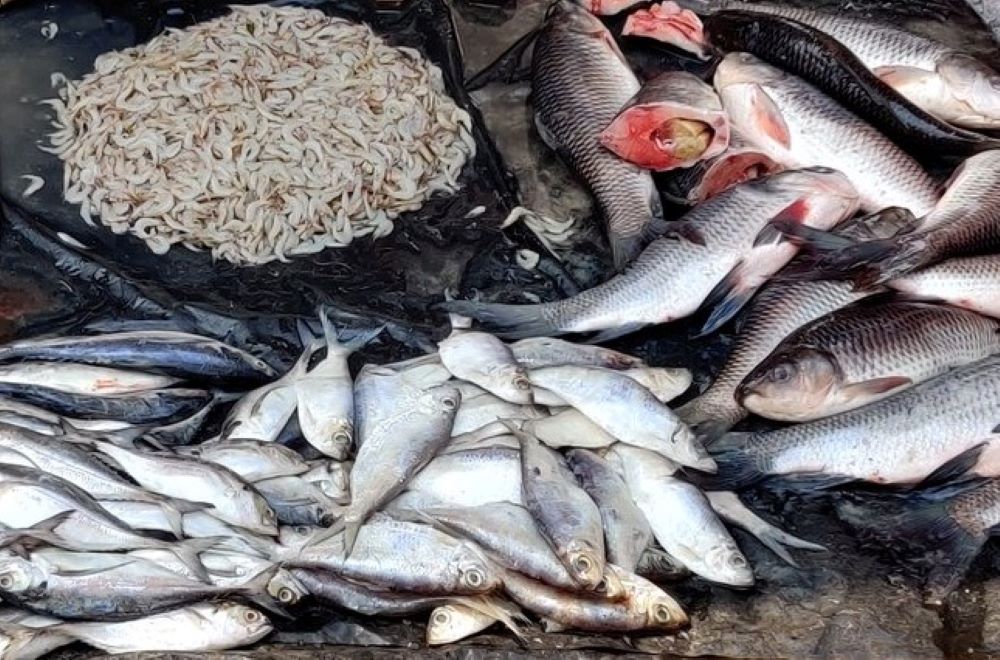 New Delhi: India is a maritime country and has wide water resources lying both in inland and marine sectors which are being utilized for capture and culture fisheries. The Indian fisheries sector is set in a unique and diverse set of ecosystems ranging from the pristine waters of the Himalayas to the sprawling Indian Ocean. The fisheries biodiversity of the country encompasses a wide spectrum of physical and biological components that support the livelihoods of millions of people.

The fisheries sector plays an important role in the Indian economy. It contributes to the national income, exports, food and nutritional security and in employment generation. This sector is also a principal source of livelihood for a large section of the economically underprivileged population of the country, especially in the coastal areas. India has become the 2nd largest fish producer, and the 4th largest exporter of fish and fisheries products taking Brand India from ‘Local to Global’.

The fisheries sector in the country continues to be among the most critical and fastest growing agriculture allied sectors in the country. The sector has exhibited strong growth of about 8% per year on average with aquaculture growing at an annual average of more than 10%. The fisheries sector has been recognized as a ‘Sunrise Sector’ and has demonstrated an outstanding double-digit average annual growth of 10.87% since 2014-15, with record fish production of 161.87 lakh tons (provisional) during 2021-22.

After independence, Indian fisheries developed at varying paces and directions depending on the initiative, priorities and resources of the respective States. From Independence till 2014, only Rs. 3,682 crores had been invested by the Central government and there remained a huge space for unlocking the full potential of the fisheries sector.

Further, to deepen the financial inclusion in this sector, the Government of India introduced insurance coverage for fishing vessels for the first time in fisheries and also extended Kisan Credit Card (KCC) facility to fishers and fish farmers to help them meet their working capital and short-term credit needs.

The Government of India is at the forefront of transforming the fisheries sector and bringing about economic revolution through Blue Revolution in the country. The sector aims to increase the farmers’ income through enhancement of production and productivity, improving the quality and reduction of waste. The Government is committed to a national target to increase fish production to 22 million metric tons by 2024-2025, which will have a positive impact on 2.80 crore fishers and fish farmers and almost twice that number along fish-related value chains.

The Central government has announced the highest ever investment of Rs. 30,572 crores in the fisheries (2015-2025) sector under various schemes and programmes namely Blue Revolution Scheme, Fishery and Aquaculture Infrastructure Development Fund (FIDF) and Pradhan Mantri Matsya Sampada Yojana (PMMSY). The development of modern fishing harbours and fish landing centres has also been envisioned, beginning with five major fishing harbours that will be developed as hubs of economic activity.

The consistent focus on strengthening the fisheries sector has borne spectacular results. In September 2022, fish production reached an all-time high of 161.87 lakh tons during 2021-22. Pradhan Mantri Matsya Sampada Yojana (PMMSY) has supported 31.47 lakh farmers from 22 states and seven UTs under insurance coverage and an additional 6.77 lakh farmers have been covered for livelihood and nutritional support during the lean/ban period. India has emerged as a fish surplus country and has increased its exports of fish and fish products steadily in recent years. Diverse aqua products are exported from India to several countries across the globe.

Apart from its role as a powerful income and employment generator and its importance in the growth of a number of subsidiary industries, the fisheries sector holds great significance in terms of health and nutrition. Fish and aqua products play an important role in fulfilling the food demand of a growing population, along with providing balanced protein intake. Fish being an affordable and rich source of animal protein is one of the healthiest options to mitigate hunger and nutrient deficiency thereby contributing in the fulfilment of the Sustainable Development Goals (SDGs). The Government has been taking multi-pronged approaches to maximise the potential of ‘Fish for Health and Fish for Wealth’.

India’s fisheries sector is on a trajectory of progress. From here, it can only grow higher, generating more income, and employment for people associated with this sector, to support India’s blue economy and build a sustainable and profitable future for the industry.