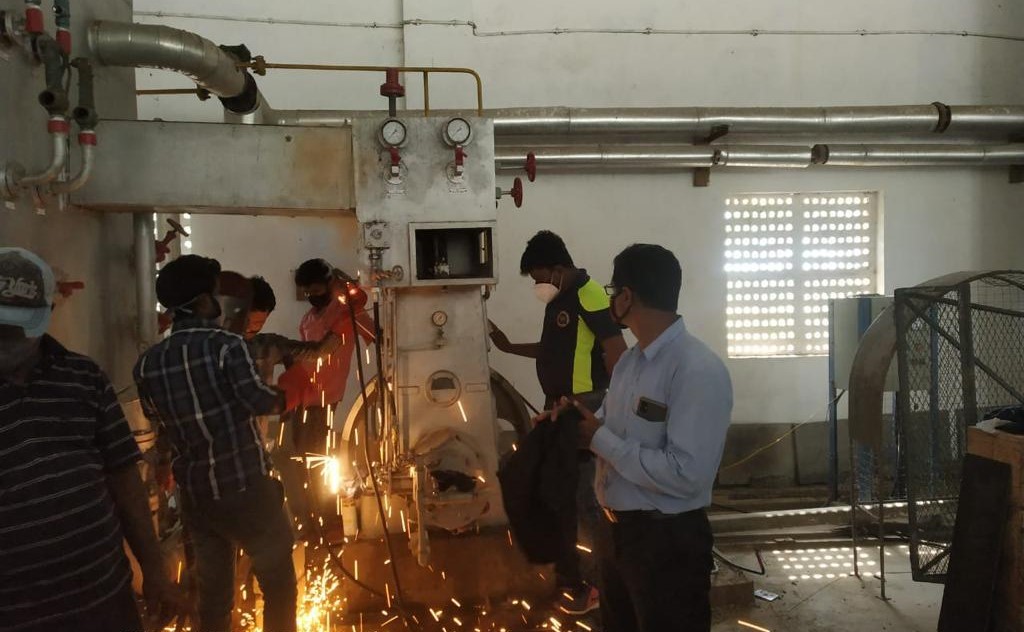 New Delhi, Teams from Naval Dockyard Visakhapatnam achieved a major breakthrough in repairing two major Oxygen Plants at Nellore and Kalahasthi bringing a major boost to the Oxygen Supply in the State of Andhra Pradesh during the ongoing Oxygen crisis.

Based on a request from the State Administration, Eastern Naval Command airlifted the teams of specialists from Naval Dockyard by naval Dornier Aircraft from Visakhapatnam.  The teams successfully repaired the Oxygen plants this morning by overhauling the compressors and replaced certain adapters and accessories which were manufactured within Naval Dockyard.

The Krishna Teja Oxygen Plant at Nellore is a big Cryogenic plant capable of charging 400 Jumbo type cylinders a day and has been non-functional for the past 6 years.  The naval team undertook the repairs of the plant and managed to achieve the cryogenic temp of minus 186 Deg Celsius  and also achieve the requisite output oxygen pressure to charge bottles. The analysis of the output is 98% oxygen, Zero% Carbon Monoxide and 0.01% Carbon Dioxide meeting the requirements of Medical Grade Oxygen.

The Oxygen Plant at Kalahasthi near Tirupati is a big plant based on VPSA technology and is capable of generating 16000 litres per minute at 5 bar (direct feed to lines rather than charging). The naval team undertook repairs of the plant and achieved the requisite output proved for medical-grade Oxygen above  93%, Zero% Carbon Monoxide and 0.02% Carbon Dioxide by carrying out necessary adjustment of column and moisture absorption of the plant.

Both plants were worked upon by a specialist team from Naval Dockyard Visakhapatnam, led by Commander Dipayan which worked tirelessly for almost 7 days along with the Engineering teams of the Andhra Pradesh Health Department and to complete the task with the wholehearted cooperation of the District Collectors and the District Administration.