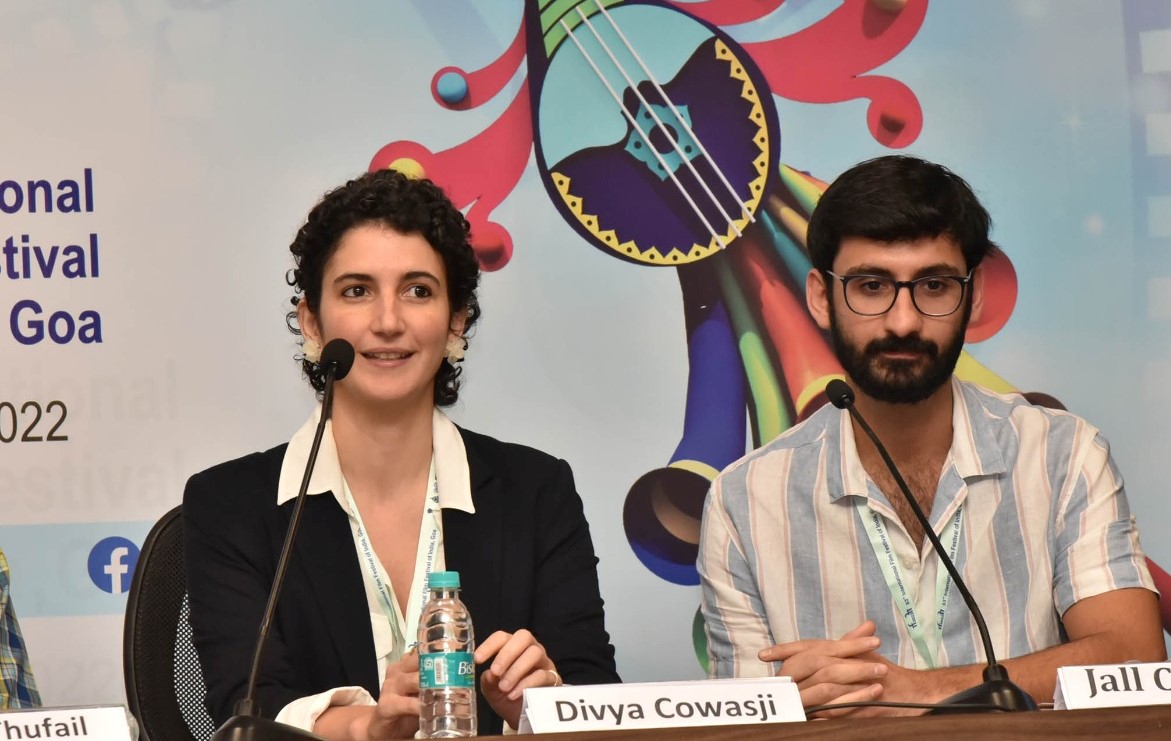 IFFIWood: A film that took shape in the editing table. The Director, who had a sub-conscious interest in Parsi theatre, had conducted random interviews of aging Parsi theatre artists, kept those footages in her storage bank and forgotten about it.

Filmmaker Diya Cowasji and her brother Jall Cowasji shared this engrossing story of the birth of their documentary The Show Must Go On at an interaction organised by PIB at IFFI 53. The film made in cinéma vérité style tells the story of coming together of the artists of an old Parsi theatre for one final show after a long time.

After nearly 30 years of dormancy, in 2017, the ageing icons of Parsi Theatre decided to return to the stage, for one final curtain. The Director who was informed about it, went to Bombay, shot for a little while and kept the footages safely. However, mirthful time spent amidst the aging, fun-loving Parsi theatre artists made her fall in love with them and what was happening backstage! “I was so taken by their spirit, their camaraderie, the bond between the old and the young and how none of them took life seriously”.

The Director-Producer-Cinematographer Divya Cowasji says, “I had over 100 hours of footage. Didn’t know what to do with it!” Then suddenly, she found some footages taken during shooting her first movie many years ago, where a couple is talking about their experience in a play where the wife dies on stage and the husband lives all alone. That was a dropped penny moment for her.

Then, she collaborated with her brother who is a trained cinematographer. Jall says, “Before even we started editing, I spent three months categorizing all the footage into 25-30 different timelines based on different themes. Once we had those themes laid out, we realized that there is something substantial here. That\’s how painfully, the film slowly took shape”. Jall is also the editor, co-producer and co-director of this documentary.

The brother-sister duo’s film The Show Must Go On was the opening film in the Indian Panorama non-feature section of 53rd International Film Festival of India (IFFI).

Speaking about Parsi theatre, Divya Cowasji said, “At one time, Parsi theatre was so popular in Mumbai that legend goes, a train called ‘Theatre Express’ used to come on Sunday mornings to Mumbai which used to be packed with Gujarati speaking audiences. The community themselves are fun loving, enjoying a no-holds barred, unfiltered, silly sort of humour that appeal to people that makes people forget their worries and have a good laugh.” She further informed, though a few playwrights tried to write serious, tragic kind of plays, it didn’t work out with the Parsi theatre audience.

Divya Cowasji said, “A lot of these actors who returned to stage after many years were in wheelchairs, walkers and old age assistive devices. But the whole process of performing again on stage invigorated them so much that they were singing and dancing”. That’s the Parsi spirit!

Speaking about their collaboration, Jall Cowasji said, “We love to come back together time and again to collaborate”. Divya Cowasji is a photographer and an award-winning documentary filmmaker. She won a National Award (2015) for ‘Qissa-e-Parsi’. Her films have screened at several international festivals.

The film’s synopsis goes as: Plunging into rehearsals, the documentary chronicles their resilience to go out one last time with a bang on stage. The creative chaos of rehearsals reveals an intimate portrait of their bonds, distinct sensibilities, and not-so-subtle unique humour. But a great tragedy befalls the cast on the eve of the final show. Will it change everything? Or will the show go on?