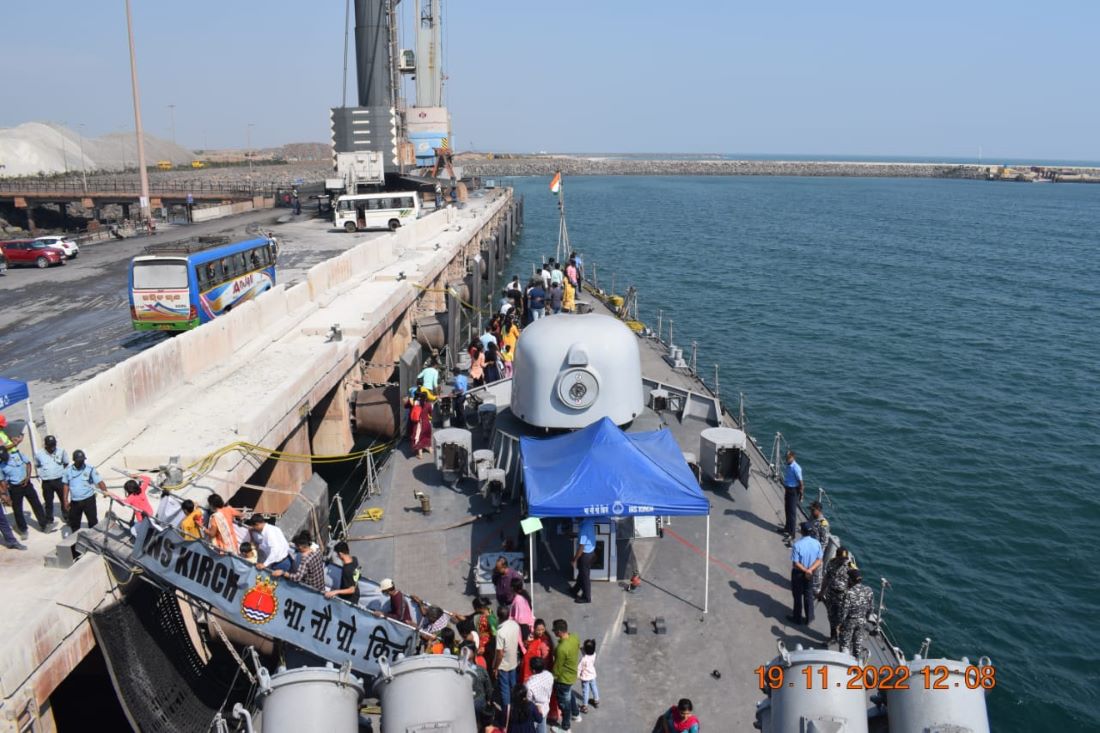 Chilika/Balugoan: As a part of Navy Day 2022 Celebrations, Indian Naval Ship Kirch, a Guided Missile Corvette, made a Port Call to Gopalpur for public display.

The ship was open to visit on 18 and 19 Nov 22 and the event was conducted under the aegis of Cmde NP Pradeep, Naval Officer-in-Charge (Odisha).

INS Kirch is a “Kora Class” indigenously designed Missile Corvettes built at GRSE, Kolkata. It is armed with an impressive array of weapons and sensors that include a medium-range gun, 30 mm close range guns, chaff launchers and anti- ship missiles.

The visitors were given a guided tour of the ship and were briefed on the armament fit and life onboard a warship.

The visit to the Indian Naval ship stirred immense enthusiasm among the people of the town and the children, who got an opportunity to get introduced to their Navy. Besides motivating the younger generation to consider a career with the Indian Navy, the visit also generated a consciousness towards maritime security amongst the local populace.