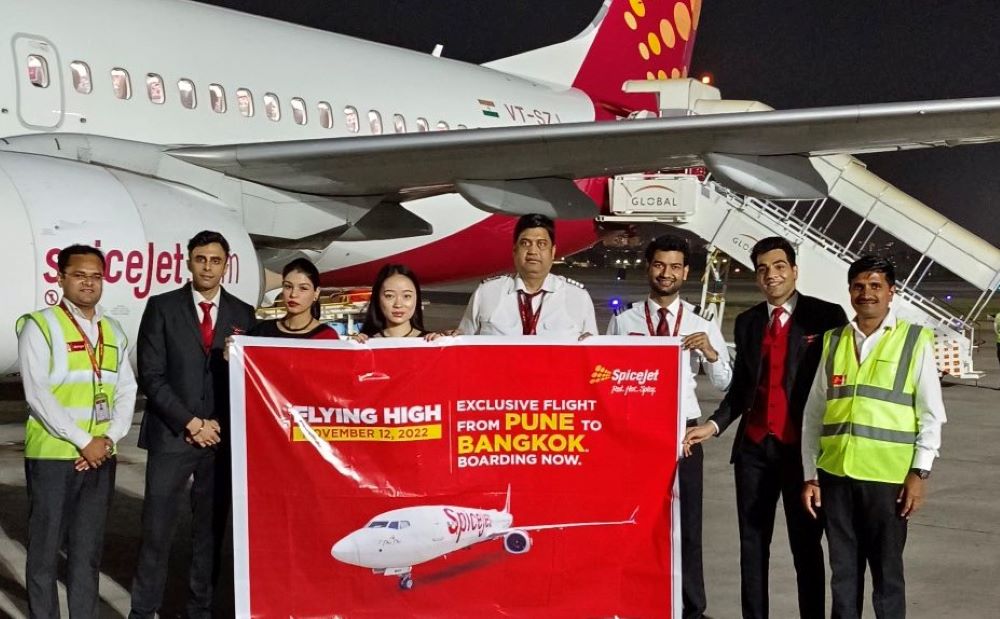 The flight will operate between Pune-Bangkok-Pune effective Yesterday. It will operate on every Tuesday, Thursday, Saturday and Sunday.

In his address, Shri Jyotiraditya Scindia said that this air connectivity between Pune and Bangkok will encourage the bilateral exchange between India and Thailand in the domain of trade, education and investment.

Minister further said that Pune Airport is an important airport in the country and the government is giving impetus to its infrastructure development. The new terminal of this airport will be completed by the September next year, the new international cargo terminal is expected to be developed by December 2024.

Meanwhile, an integrated air cargo terminal for both international and domestic use will be developed by March 2023. A multi-level parking has already been developed and will open soon.