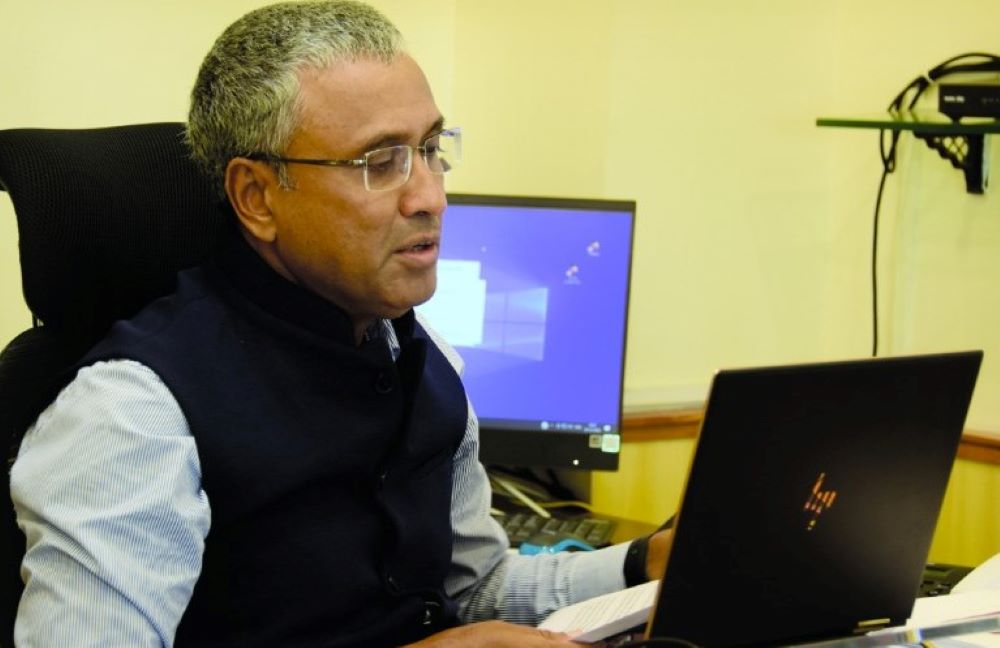 Bhubaneswar : The Oversight Authority under the Chairmanship of Justice A.K. Patnaik has expressed satisfaction over the quality and progress of the projects being implemented with Odisha Mineral Bearing Areas Development Corporation (OMBADC) funds. Reviewing the projects in a high level meeting held on digital mode today, Justice Patnaik said that the projects proposed by different departments are “well planned with appropriate objectives”.

During his visit to different OMBADC districts he had seen the project implementation moving at a fast rate. The feedback about the quality of the projects received from different quarters was also “quite good”. Justice Patnaik appreciated the remarkable efforts of Chief Secretary Sri Asit Tripathy and the State Team in encountering the pandemic of covid-19 and restarting the economic activities at a fast rate. He advised to create a micro level data base of the OMADC projects for effective real time monitoring.

Chief Secretary Asit Tripathy directed the Collectors to “expedite ground level implementation of the projects by maximum utilization of the technical and engineering capacity already created at district level through OMBADC”. Collectors of Sundargarh, Mayurbhanj and Keonjhar district appraised that the district OMBADC cells had started functioning in their districts. Chief Secretary Sri Tripathy directed OMBADC to “undertake an outcome assessment study of the OMBADC projects through an independent third party”.

The New projects of worth around Rs.3210 cr were considered and sanctioned in the meeting. The approved projects included Mega pipe water supply scheme to Lephripada, Tangrapalli, Sundargarh, Bargaon, Subdega and Balisankara block of Sundargarh district at estimated cost of Rs.585.16 cr; Mega pipe water supply to 1053 villages of 13 blocks in Myurbhanj district with estimated cost of Rs. 1531.39 cr;

Livelihood promotion activities through processing and marketing of non-timber forest products in the districts of Keonjhar, Sundargarh and Deogarh with estimated cost of Rs.43.43 cr.

Presenting the updates about the projects, Chief Executive Officer Smt Uma Nadnduri said, “So far around 38 projects of worth Rs 14,330 cr in 7 priority sectors like drinking water, education, health, livelihood promotion, rural connectivity, environment protection, pollution control and water conservation through ground water recharge have been approved under OMBADC; and, around Rs.2844 cr have been released to the executing agencies for implementation of the projects”. The implementation of the projects has been fastened and completion timeline has been fixed against each one.