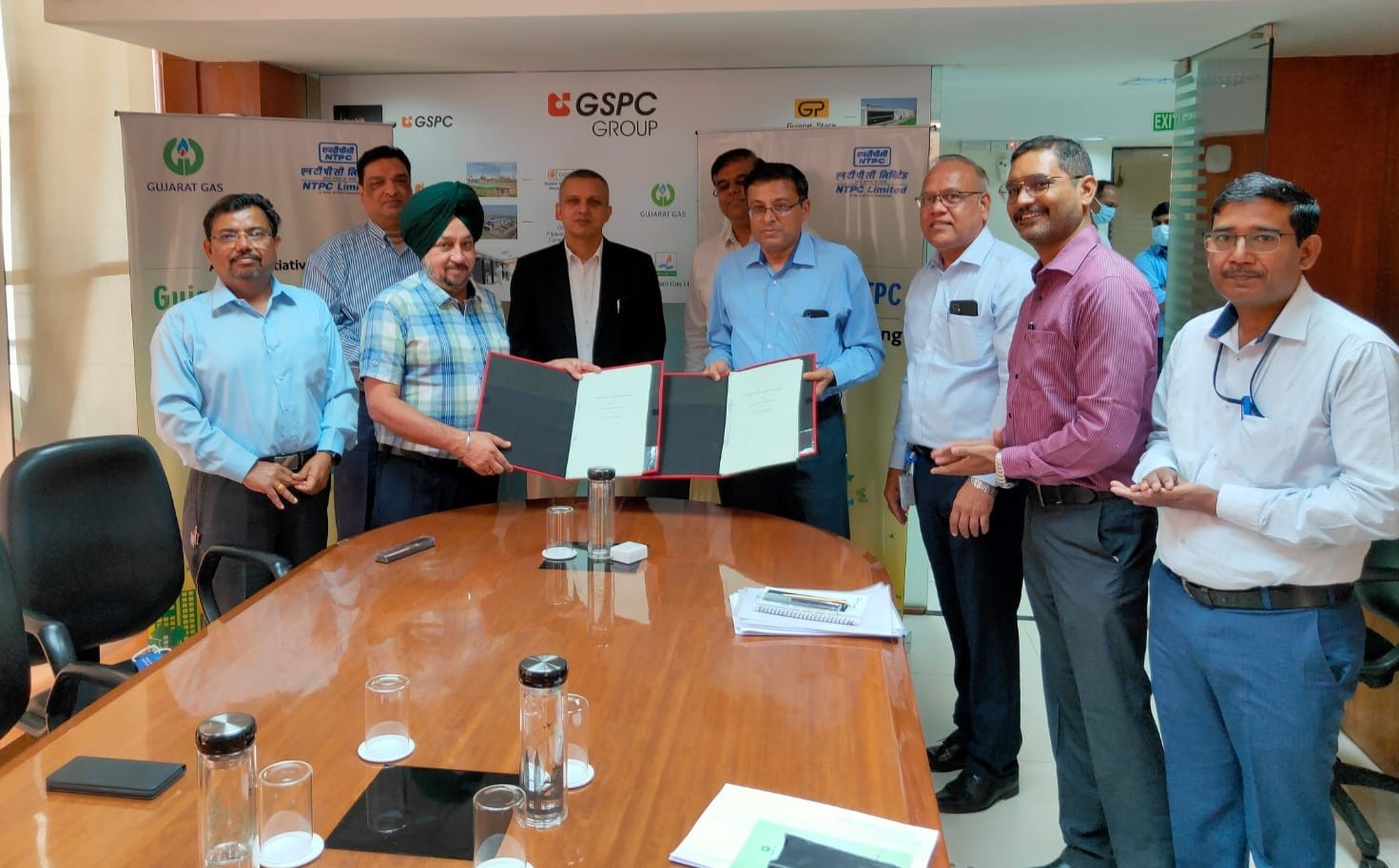 New Delhi: With the continued focus on a clean environment, NTPC has taken up the initiative of blending green hydrogen in Piped Natural Gas (PNG) network of GGL (Gujarat Gas Limited) at NTPC Kawas. A formal agreement between the two companies has been signed today in the presence of Shri. Mohit Bhargava, CEO, NTPC REL & ED RE, NTPC, and Shri. Sanjeev Kumar, MD-GGL & GSPL

Green hydrogen will be produced by using electricity from the existing 1 MW floating solar project of NTPC Kawas. This will be blended with PNG in a predetermined proportion and will be used for cooking applications in NTPC Kawas Township. Initially, the percentage of hydrogen blending in the PNG shall be around 5% and after successful completion, it shall be further increased.

NTPC is the premier energy utility in the country with an installed capacity of 69 GW, with a diversified fuel mix. The NTPC group plans to achieve 60 GW of RE in a decade and is executing several pilot projects in the green hydrogen space.

GGL is India’s largest City Gas Distribution (CGD) Company and has a presence across 43 districts in 6 states and 1 Union territory.This hydrogen blending project at NTPC Kawas is a pioneering effort and the first of its kind in the country. This is a step toward the decarbonization of the cooking sector and self-sufficiency for the energy requirements of the nation.