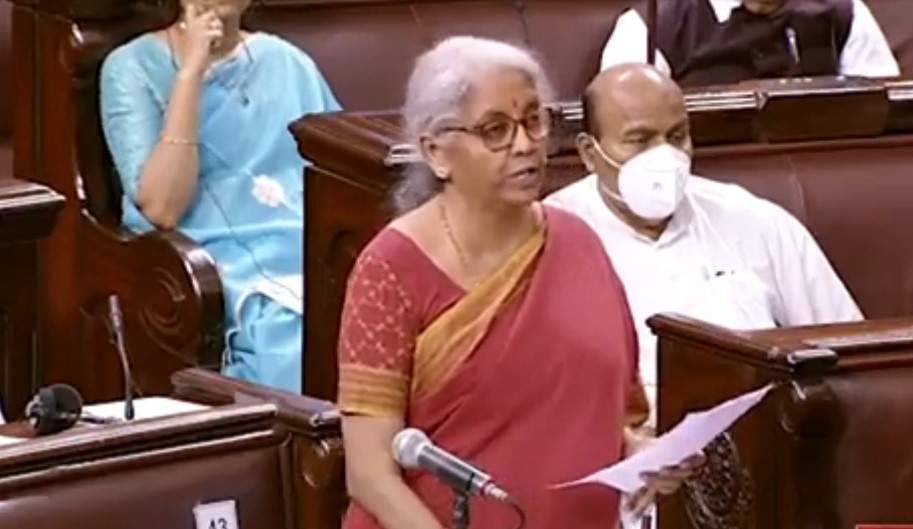 New Delhi: Parliament has passed the Finance Bill 2022 and Appropriation Bill 2022 with the Rajya Sabha returning them to the Lok Sabha after a detailed discussion. With this, Parliament has completed its Budgetary exercise for the year 2022-23.

Replying to the discussion in Rajya Sabha, Finance Minister Nirmala Sitharaman stressed that India has continued to remain in the top five FDI recipient countries. She said investors from abroad have trusted the economic judgment of this government.

Sitharaman said in the 7 years and 9 months of NDA government, till December last year, the FDI inflows into India has been 500.5 billion dollars. She said it is about 65 percent higher than the FDI inflows during the entire ten-year regime of the UPA.

The Minister said the Finance Bill has been presented at a time when revival from the pandemic is still an ongoing job. She said the full blown war situation in Ukraine has also had an impact as it caused a disruption to many supply chains.

The Minister said government wants to continue with a predictable and sustained economic recovery. She highlighted that Prime Minister Narendra Modi had directed that the Budget must not draw from resources which will put a strain on the common people.

The Finance Minister said each Budget following the COVID pandemic has focused on building health infrastructure.
Taking part in the discussion, Priyanka Chaturvedi of Shiv Sena said the common man is today reeling under inflation.

She said petrol and diesel prices are being hiked every day. She raised the issue of cryptocurrency saying India is the only country which taxes crypto assets before bringing any law on the matter.

Sanjay Singh of AAP said inflation in the country is rising but government has cut the budget for MNREGA. He added that unemployment too has risen in the country.

Singh said the recent victory of BJP in four assembly elections shows people’s confidence in the policy of government. Another party MP Swapan Dasgupta said the this Budget lays down the steps to make India grow bigger.