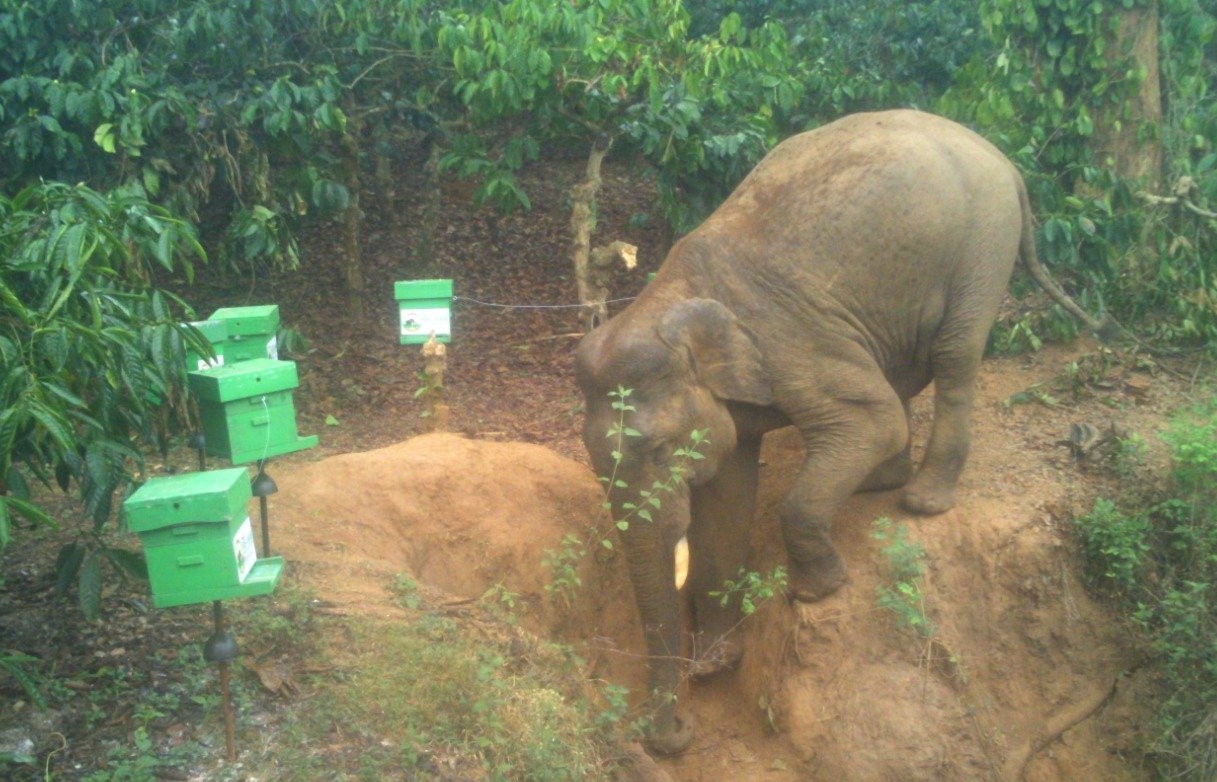 On this occasion chairman of KVIC informed the gathering that Khadi & Village Industries Commission (KVIC), under the valuable guidance of Prime Minister Shri Narendra Modi, is running this project called Re-Hab in 7 states of the country, namely in Karnataka, Maharashtra, West Bengal, Assam and Orissa, where attacks of the elephants is more common, and under this project fencing of bee boxes is installed in such areas from where elephants move towards the human settlements and farmers’ agriculture.

Fencing of Bee-boxes on the routes of movement of elephants blocks the path of wild elephants. In this way, through honey-bees, elephants can be prevented from attacking humans and destroying farmers’ crops.

Chairman also informed that in order to realize the call of “Sweet Revolution” by our Prime Minister Shri Narendra Modi and to provide self-employment opportunities to the unemployed youth of the country, and to increase the income of the farmers, the Honey Mission program is implemented under the Khadi and Gramodyog Vikas Yojana, in the entire country from the year 2018-19. The beneficiaries of this scheme are provided with 10 bee-boxes, bee-colonies and toolkits after completion of the beekeeping training provided by KVIC.