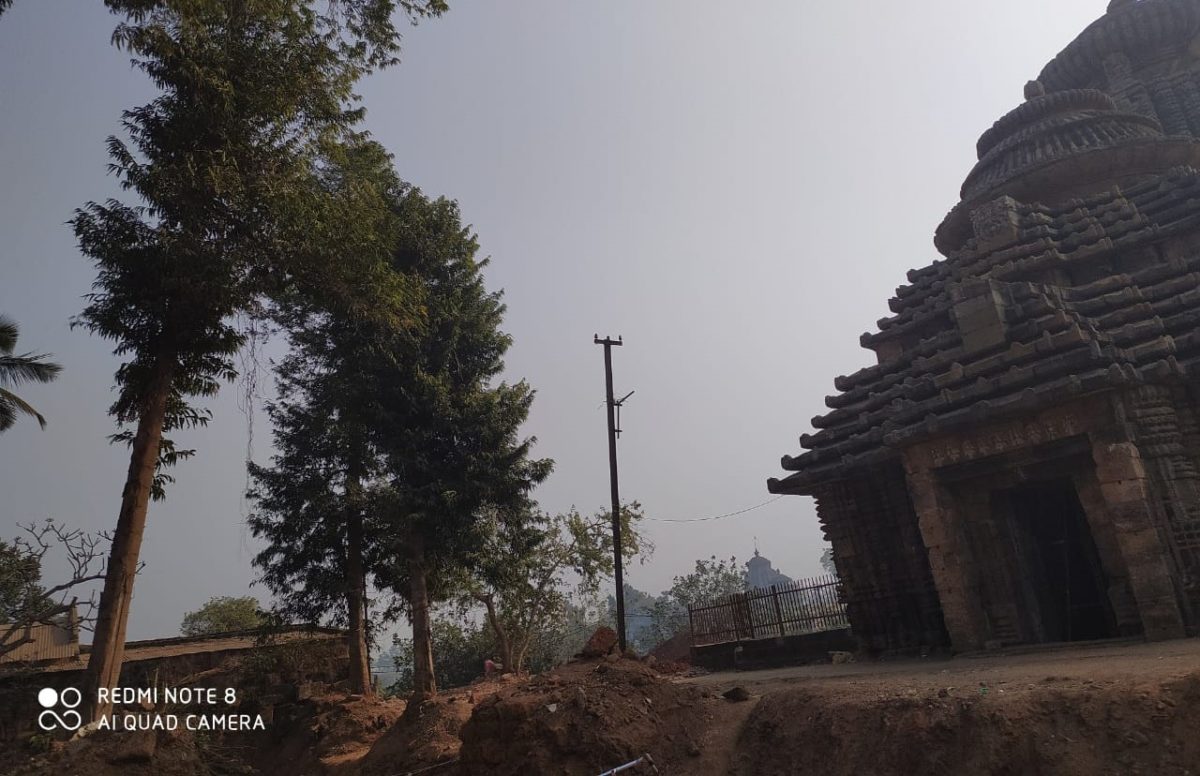 BHUBANESWAR: Two of the four four stone beam that were excavated from the excavated area of the Sibatirtha Mutt, just 50 metres away from the wall of the Lingaraj temple, were found damaged on Friday.

The beams were kept near the Gadi of the Mutt.

The matter has been brought to notice of the administration by well-known heritage conservation activist and historian Anil Dhir.

“These 20-feet single piece square stone beams are at least 15 tons each. These are unique finds. Blocks of this size are not even found at the Konark temple site”, Dhir stated. 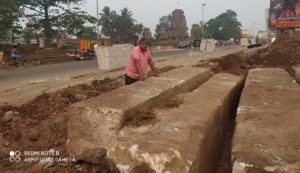 According to Dhir, these huge beams were used in the foundation of the Lingaraj temple. “These must have been discarded because of faults. The ancient temple makers could detect honeycombs and hollows in these beams just by tapping them”, he said.

The stone blocks had become the center of attention for the locals, who had flocked to see them when they were unearthed four months ago.

But for the intervention of Dhir, these blocks would have been broken and carted away for disposal along with the other rubble.

Even last week, he had written to the authorities to remove these blocks either to the Odisha State Museum or the ASI office.

“Unfortunately, two of these stone blocks have been damaged  yesterday. One has been broken right at the center; a three feet section has been broken from the other beam. This was due to mishandling and incorrect methods adopted to lift them”, he alleged after a visit to the site.

The two remaining intact beams should be carefully lifted by cranes and removed from the site, he emphasized.

“Once again, the lackadaisical approach of both the ASI and the administration has come to light. It is surprising that the ASI, which is working on the Suka Sari complex just 50 metres away, did not take notice of this”, a distressed Dhir rued.

Even the leaning tree that is precariously perched on a small mound near the Suka Sari temple has not been removed nor secured by guy wires, he informed.

The City DFO had been contacted and has agreed to give permission for cutting down the tree which can cause big damage to the existing temple if they fall down due to rains or wind.

The ASI, which is now in charge of the complex, should ensure that ample measures are taken for the safety and security of the artifacts under their jurisdiction, Dhir stated.