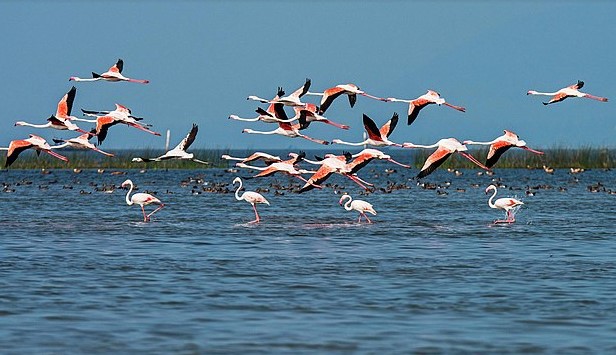 “A pilgrimage for over a million winged visitors of varied species, which undertake flights to the mighty but calm Chilika Lake – Asia’s largest brackish water lake,” the CM stated to describe the unique lake.

He applauded the efforts of Odisha Tourism and Ecotour Odisha for having organised the event “which promises to add another feather in Odisha’s hat – a soaring birding hub”.

Offering a gist of the focused conservation campaign by the government, Chief Secretary SK Mohapatra mentioned that Chilika’s Mangalajodi is a pioneering work in community-led conservation.

“I take great pride in conveying that this year’s census has revealed a total count of 11.42 lakh birds across over 190 species. I also convey our sincere gratitude to the census teams for the phenomenal work,” the Chief Secretary stated.

PCCF and Chief Wildlife Warden, Odisha, HS Upadhyay said, “Chilika is one of the safest havens for the endangered Irrawaddy Dolphins, which are flourishing here.” Dr. Upadhyay offered a scientific insight into the natural processes which preserve the salinity of the lagoon, a central factor for the flourishing biodiversity. “

Additional Chief Secretary, Forest & Environment, Mona Sharma offered a perspective on the strategic commonalities between eco-conservation and tourism and reminisced on the history of the Chilika Bird Festival.