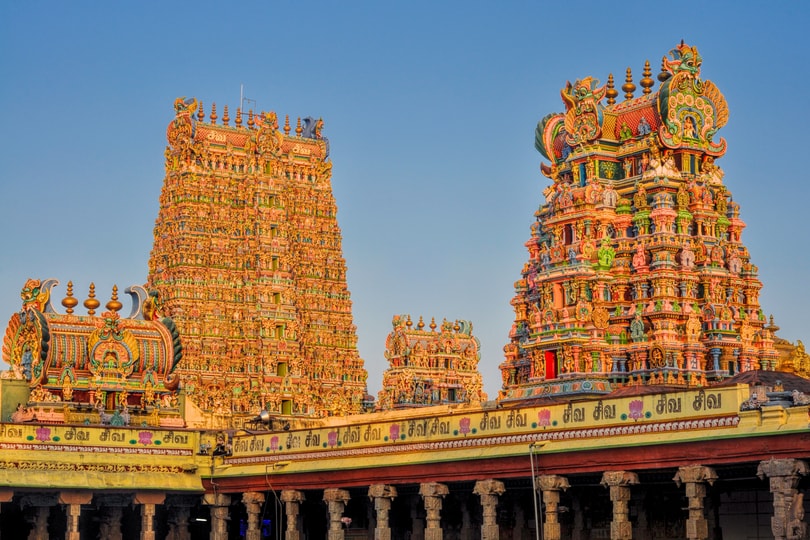 It was the 82nd webinar that was aptly titled “Stories of Madurai”.

One of the oldest living cities, Madurai holds the soul of Tamil Nadu in its magnificent and grand temples that are among the finest and most awe-inspiring specimens of architecture in the country.

The most spectacular of these is the Meenakshi-Sundareswarar Temple, which is the heartbeat of the city and is visited by thousands of devotees. Madurai once traded with ancient Rome and it preserves its distinct character in various arts and textiles that have been bestowed by the Pandian kings (4th century-16th century).

Legend has it that king Kulasekhara once dreamt of Lord Shiva, from whose hair, drops of sweet madhu(nectar) rolled down on earth. The point where they fell was known as Madhurapuri. Earlier known as Madhurapuri and Thoonga Nagaram, meaning a city that never sleeps, Madurai grew around the Meenakshi Amman Temple, which was constructed 2,500 years ago by Pandian king, Kulasekhara.

Popularly called the Athens of the East, it was visited by Greek explorer, Megasthenes in 3rd century BC. Other famous travellers who visited this ancient south Indian city included Pliny in 77 AD, Ptolemy in 140 AD, Marco Polo in 1203 AD and Ibn Batuta(1333 AD).

One of the largest temple complexes in India, Sri Meenakshi-Sundareswarar Temple is the most famous spiritual site in Madurai. An excellent example of Dravidian architecture, the temple is sprawled over a huge area, bordered by well-laid gardens and pristine fountains. Two shrines, more than 10 gateways or gopurams, several mandapas(halls) and a giant pool, make up the structure of the temple, which is adorned with beautiful carvings inside and outside.

One of the halls of the temple is famous as the “Hall of a 1,000 pillars” though only 985 of them exist today. It is said that whichever direction you view these pillars from, they always seem to be in a straight line. The highlight of the temple is the outermost corridor that comprises musical pillars. These produce different musical notes when tapped. While one of the sanctorum, Sundareswarar, is dedicated to Lord Shiva, the other is devoted to Goddess Meenakshi, his consort.

Madurai is also well known for its exquisite sarees to wooden toys and sculptures. It is also referred as hub of shopping, where visitors can find a fine selection of unique and handmade products. After a busy and vibrant sample of the city’s bustling streets, tourists can take a respite in the serene and scenic hill stations flanking the city. From the picturesque hill station of Kodaikanal to splendid waterfalls, Madurai is surrounded by natural beauty that leaves you breathless.