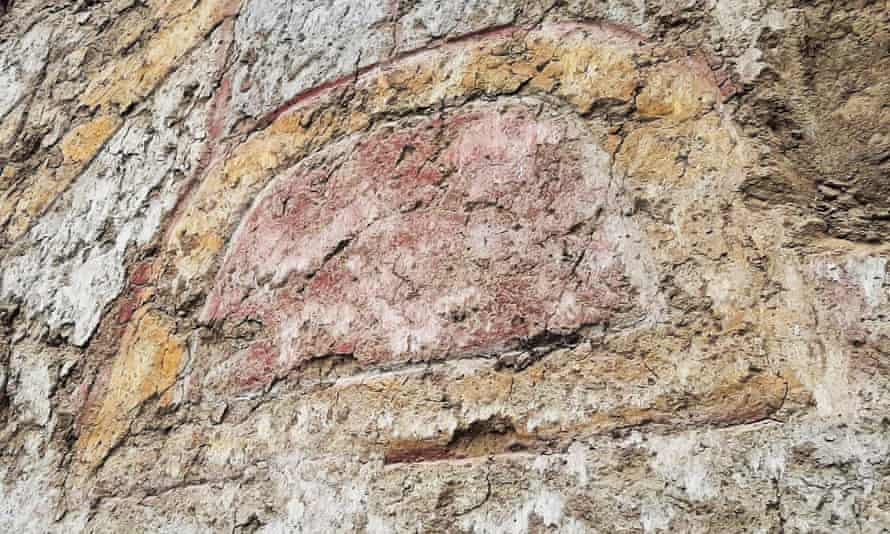 NEW DELHI: Archaeologists in northern Peru have identified a 3,200-year-old mural painted on the side of an ancient adobe temple that they believe depicts a zoomorphic, knife-wielding spider God associated with rain and fertility, The Guardian reported.

The mural was unearthed last year at a time when the farmers destroyed nearly 60 per cent of the site in a bid to grab more land to expand their sugarcane and avocado plantations.

Meanwhile, the experts have named the temple ‘Tomabalito’ based on a nearby archaeological site el Castillo de Tomabel.

Photographs and videos released by the ministry show the mural painted in yellow, ochre, grey and white colours. The dimensions of the mural measure 15m and 5m and was built during the country’s pre-Columbian Cupisnique culture. It was discovered in the area of Virú province of Peru’s La Libertad region.

In the aftermath of the discovery, archaeologists have said that the temple’s strategic location alongside a river indicates that it was built to please ancient water deities.

Talking further, archaeologist Régulo Franco Jordán asserted that the mural featured a spider, which was an immensely significant animal in ancient Peru and was associated with water.

Therefore, it was likely that there was a “special sacred water ceremony “ that was held by the locals at the time when rainwater came down from the higher areas.

This is not the first time an ancient mural has left people astonished. Last October, a 37-metre-long geoglyph of a cat appeared in the Southern part of Peru.

As per The Guardian, archaeologists discovered the feline geoglyph which dates between 200 -100 BC discovery while work was carried out on public view point.

A UNESCO world heritage site since 1994, the Nazca Lines is made up of various zoomorphic images that were created by removing soil to reveal contrasting material below.

“The figure was scarcely visible and was about to disappear because it’s situated on quite a steep slope that’s prone to the effects of natural erosion. Over the past week, the geoglyph was cleaned and conserved, and shows a feline figure in profile, with its head facing the front,” Peru’s Culture Ministry said.