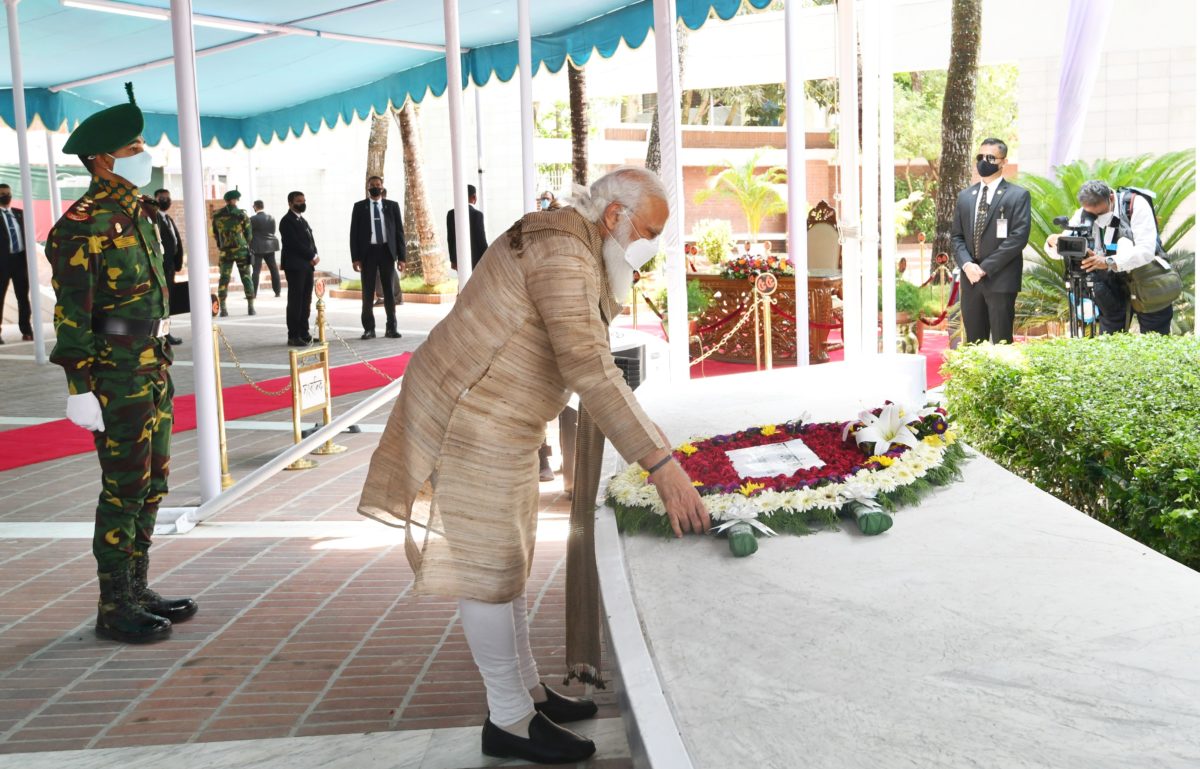 NEW DELHI: On the second day of his visit to Bangladesh, Prime Minister Narendra Modi paid a befitting tribute at the Mausoleum of Bangabandhu Sheikh Mujibur Rahman in Tungipara.

This marked the first ever visit by any foreign Head of State or Head of Government to pay homage at Bangabandhu Mausoleum Complex.

The PM planted a Bakul tree sapling to commemorate this historic event.

He further signed the visitors’ book at the Mausoleum complex.

“The life of Bangabandhu epitomized the freedom struggle of the people of Bangladesh for their rights, for the preservation of their inclusive culture and their identity,” he wrote. 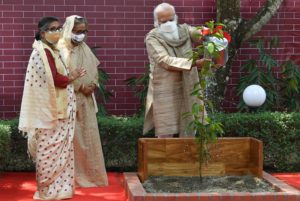 Modi also performed pooja at the Jeshoreshwari Kali Shaktipeeth in Satkhira, which is one of the 51 Shaktipeeths in the Puranic tradition.

He placed a handmade mukut, made of silver with gold plating on the deity. This mukut was handmade over three weeks by a local artisan.

As a mark of friendship, the PM announced grant for construction of a community hall-cum cyclone shelter attached to the temple.

This structure would be used by the devotees during the annual Kali pooja and mela of the temple and would also be used by broader community of all faiths as a storm shelter and community facility.