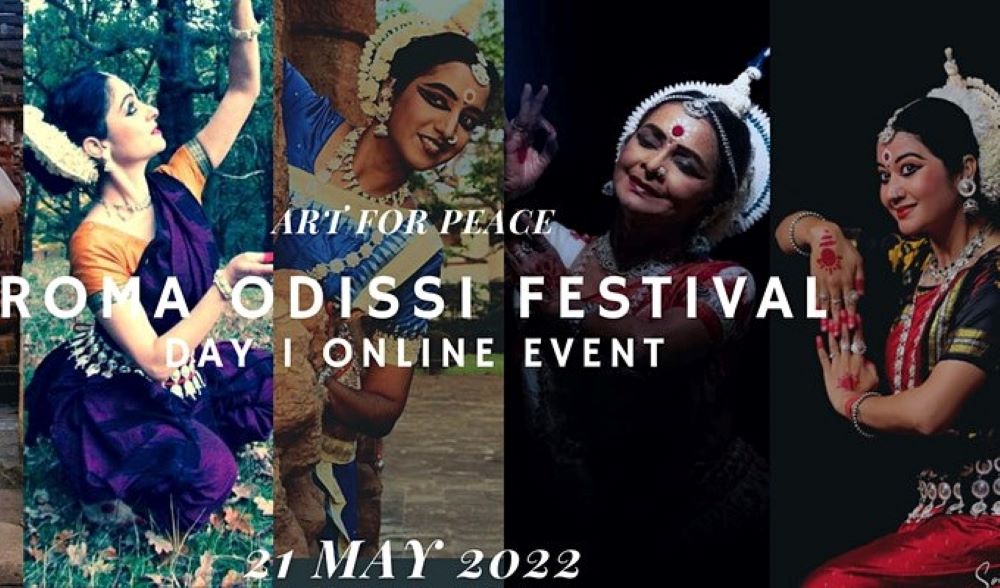 New Delhi: For the very first time, a pan-European Odissi Dance Festival is being held spread across two largest European cities. The four-day Europe Odissi Festival will begin on 21st May at the iconic Garbattela Theatre in Rome, the cultural capital of Europe.

The festival being held by the Europe-based GCP Performing Arts Centre in association with Odisha-based OYSS will be held at two of Europe’s largest cities & cultural nerve centres, the Italian capital city of Rome & Spanish capital city of Madrid spanning four days in May & June 2022.

The festival is being organized under the leadership of UN Diplomat Baisali Mohanty who founded the Oxford Odissi Centre at Oxford University in 2015 and heads the GCP Performing Arts Centre. Well-known Italian dance exponent Silvia Vona who is the Europe Coordinator of GCP Performing Arts is the co-convenor of the festival.

The Indian Embassy in Italy & Spain are supporting partner for the festival. The festival is scheduled to be attended by several European leaders, parliamentarians, celebrities and diplomats. All dance choreographies has been composed on the festival theme ’Art for Peace’ with an underlying message of global peace.

Apart from live dance performances, the festival will also include live Odissi workshops and exhibition on the history of Odissi dance and Odisha.