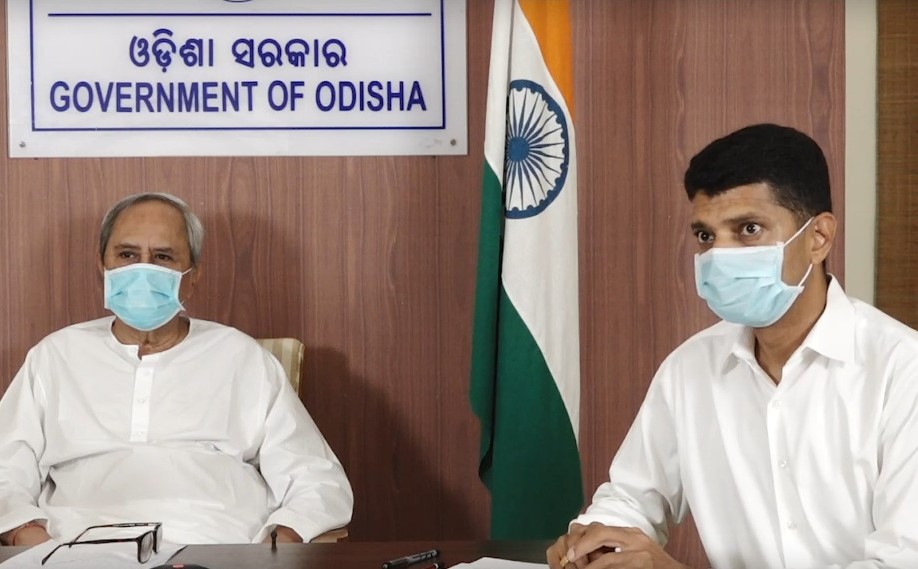 Joining the orientation programme by Higher Education Department on virtual platform, the Chief Minister said that Society grows and gets ahead by solving its issues. It is therefore essential to develop a problem solving attitude, especially among the youth. He wished the teachers to help the children, the youth to develop this critical trait among themselves. We need knowledge that solves our problem, and transforms lives, he added.

The Orientation programme was organised at State Convention Centre in Lok Seva Bhawan. As many as 908 lecturers have been selected out of which 639 joined today and the rest will join soon.

Congratulating the new lecturers for the appointment, the Chief Minister said, “You are here by the potency of your education, and also going to make a career in education. So, no understands the importance of education better than you”

The CM further said that with a focus to energise our higher education, his government has launched recruitment drives to fill up vacant teachers posts on a massive scale, both in government and non-government aided colleges.

He added that since 2016, the state has initiated recruitment process for 3768 college teachers, out of which 2320 college teachers have already been appointed in different aided colleges. Similarly, the process is on to recruit 991 lecturers in various Government colleges and Teacher’s Education Institutes.

He also said that process for recruitment of over 1000 Professors, Associate Professors and Assistant Professors in various disciplines in all the state universities has already been started and will be filled up soon.

He added that ‘smart-classrooms’ will be developed in colleges in the line of our school Transformation programme.

Three participants interacted with the Chief Minister and thanked him for the transparency by the State Selection Board in the process for recruitment.

Participating in the discussion, Secretary to CM (5T) Shri V’K. Pandian said that the Chief Minister gives highest importance to transparency. As is in the case of recruitment, the posting process will also follow merit and counselling, and will be done with absolute transparency.

Speaking on the occasion, Minister for Higher Education Shri Arun Sahoo said that under the direction of the Chief Minister vacancies in different departments, including Higher Education Department, are being filled up in a massive way. And the department is focussing on total transparency as per the 5T mandate. He said we are also initiating Mo College programme to connect the alumni with their alma maters.

Chief Secretary Shri Suresh Chandra Mohapatra said that with continued development process in the state, most places have been developed with availability of all requisite facilities. The new appointees will find it comfortable to work at any place in the state.

Principal Secretary Higher Education Shri Saswat Mishra gave the welcome address and Additional Secretary of the department offered the vote of thanks.