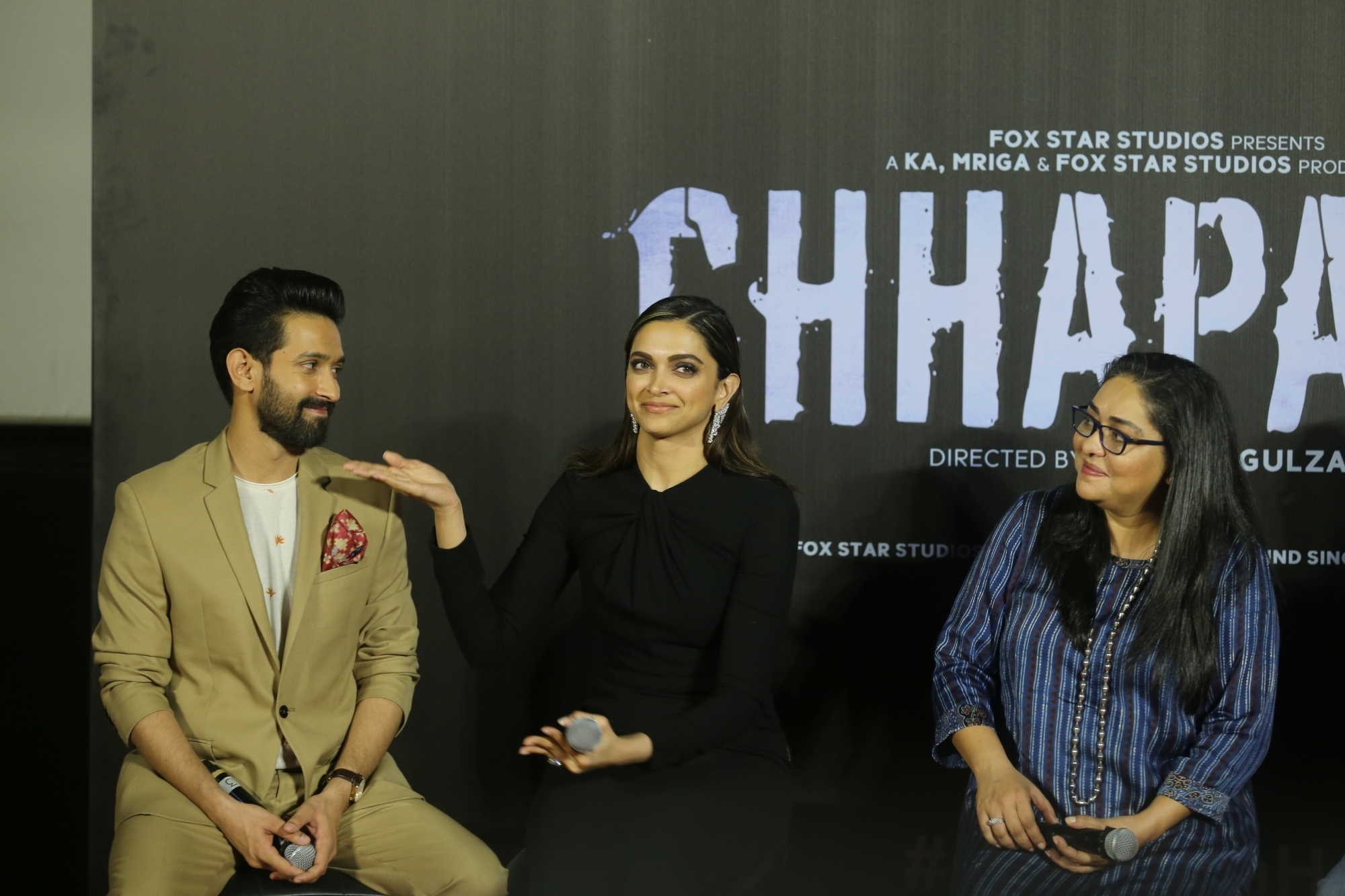 Films and awards are integral to each other. But they were never known to boost a film’s box-office performance. The awards come much after a film has had its run at the cinemas. The most popular awards for many years, Filmfare Awards, were launched in 1954, the same year as the National Awards. Both began with a handful of nominations and went on to add more categories to their list.

The National Awards remained predictable as in going more by critical acclaim a film earned, as well as the personality behind a film. When you call them National Awards, they should have had a broader outlook. But, how can you justify as many as 22 National Awards to just one regional language, Bengali! That makes it a third of the total best film awards given out. And, that only one filmmaker, Satyajit Ray, has bagged as many as 32 awards spread over various categories.

It would seem that, while the juries were formed by bureaucrats and, seemingly, dictated by them. Yet, when Ray passed away, the Government-controlled Doordarshan did not even have material for a decent homage to him. Finding an easy way out, DD screened seven Ray films over seven days! This was the occasion to enlighten the people of India about Ray’s films, achievements and so on by making a special feature on him. Alas! It would seem that Ray was more acknowledged and appreciated more in countries other than India. The example lies in an article a film critic penned in the prestigious “Illustrated Weekly Of India” in the 1980s after a visit to France, and attending a retrospect of Ray films. The columnist confessed to realising how great a personality Ray was! This, coming from a film critic, what to say of a layman?

No wonder then that the National Awards never got endorsed by mainstream cinema. Hindi and other commercial movies aimed at the box-office but most of them also met with the aesthetic values.

In fact, of the 12 National Awards given to Hindi films, one may say that only a couple or three meet with both the criteria: mass approval as well as merit to justify a Best Film award. The most noticeable of them is, V Shantaram’s “Do Ankhen Barah Haath” (1957) and, to an extent, “Page 3” and “Paan Singh Tomar”. The Filmfare Awards too widened its scope and included many more categories over time.

Then came the television, and along with that the awards telecasting rights. Awards became commodities to be sold or bartered. The very concept of recognising the merits of a film and things related to it were ready to be compromised. The awards went commercial. There was money to be made. The smell of lucre attracted more publications to organise their own awards. So much so, there was this small-time publisher of a Hindi magazine with uncertain frequency. This gentleman solicited cash in the name of advertisements. But, his main catch was an icon of Saibaba as the award statuette. Grossly superstitious film folk could never say no to this “Award”.

Various NGO organisations, local film clubs and such embarked on award-giving spree. All an actor or a film celebrity had to do was to agree to attend and alend’ credibility to whichever group was presenting the awards. But, the arrival of TV and award functions telecast, put paid to these sundry award rackets. Now, the stars commanded a price for attending.

The more popular award givers had to make sure they had all those who mattered in the industry attended. So, while the big stars were asked to perform an act or dance, the mid-range ones were called to announce the recipients. A total and hefty quid pro quo.

Seeing through these award-giving enterprises, some film folk detached themselves from all such events. The public acceptance and adulation was rewarding enough. What was the use of winning an award which had no basis on which it worked? Even a media house, which had ceased its publication, continued to distribute awards!

Talking of the National Awards, they never seemed to matter to the majority of filmmakers. They went to abstract films in the name of promoting good Indian cinema, no matter if only a section of the cinema lovers or none at all watched them.

So, besides sticking to its original idea of promotion of cinema with aesthetic values, it also announced a category for the mainstream Hindi films, Best Popular Film Wholesome Entertainment, in 1974. It is a great ego booster for the filmmakers, even though it never helps boost business.

The purpose was also served a bit as the media was interested in writing only about the Hindi mainstream awardees. The overall winner never got or gets due coverage.

National Awards are now distributed individually for 17 languages, too, like it is for Hindi films, which is a good way to recognise regional films, since they can’t always compete with costlier mainstream films with stars commanding a draw. The good thing about the move is that, when it comes to the award for the Best Film, the budget or language does not count, now that all recognised language films have their own awards besides being eligible for the main award, the Best Film.

Last year, the 66th National Award sprang a surprise because for the first time in the history of these annual awards, the jury found a Gujarati film worthy of being Best Film of the Year. The film “Hellaro” deals with age-old tradition of Kutch in Gujarat. The film deals with how a lot of women are shackled in a small hamlet in the backward, tradition-bound Kutch and the women finally decide to break the shackles. It has a lot of undercurrents.

The best thing was that “Hellaro” was yet to find a distributor, and were it not for the National Award this film would have been lost into oblivion, taking along its investment of five to six crore.

“Hellaro” is a film that reaped benefits of the National Award. It found a distributor and has gone on to collect about Rs 15 crore at the box office. This is besides what it earned as prize money from both the Central as well as the Gujarat Governments.

For once, the award turned rewarding.

* Last week saw the release of two films. Ajay Devgn’s “Tanhaji: The Unsung Warrior” and Deepika Padukone’s “Chhapaak”. While “Tanhaji” is a historical based on the life and exploits of the great Maratha warrior Tanhaji Malsuare, “Chhapaaak” is meant to tell the story of an acid attack victim.

“Tanhaji: The Unsung Warrior”, a film on a local historical character, was not expected to score much beyond Maharashtra because the story of Tanhaji would hold little relevance beyond the state of Maharashtra. Belying such reservations, the film has gone on to draw crowds all over.

The things that seem to have worked for “Tanhaji” are the star cast attraction, Kajol with Ajay Devgn, besides viewing it in 3D. That looks like a great idea, since if one remembers, just a few weeks back, another Maratha historical, “Panipat”, had proved to be a disaster.

On the other hand, “Chhapaak” has remained poor. As for Deepika Padukone’s JNU controversy — no, it has neither hurt nor helped her film. There was nothing she did would have hurt or helped the box-office prospects of this film. Because, it had none.

Actually, not many moviegoers would like to watch a depressing film about an acid attack victim. And, how much substance can you land to such an incident?

“Tanhaji: The Unsung Warrior” has charted its path to become a major hit. The film has gone on to collect Rs 115 crore in its first week, which is normally the lifetime business for an Ajay Devgn film.

As for “Chhapaak”, it could at best have been an episode on a crime series on television. When you are a fan of a pretty actress, you don’t like to watch her deformed version. Stars, at the impending end of their careers, like to aim at some awards.

“Chhapaak” had a low opening at about five crore and not much to show at the end of the week, with a tally of about Rs 25 crore.

* “Good Newwz” continues to do well and has taken its three-week tally to about Rs 190 crore.