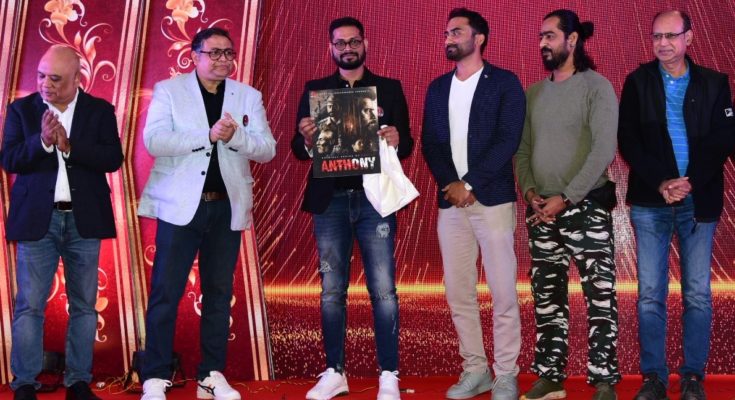 Bhubaneswar: Odisha’s OTT platform ‘AAO NXT’ has released an AAO NXT original series ‘Anthony’ on Saturday during a Press Conference and a special screening held at the Press Club of Odisha, Bhubaneswar. The supernatural thriller web series ‘Anthony’ is directed by Biren Jyoti Mohanty. The lead actors Manoj Mishra, Partha Sarathi Ray, Choudhury Bikas, Choudhury Jayprakash, and the director were present in the special screening. Kaushik Das, CEO & Founder of AAO NXT also the producer of the series, and Ram Patnaik, CFO & Co-Founder of AAO NXT were also there to grace the special occasion. On this special occasion, instead of Rs. 399, a bumper offer of Rs. 149 is available for the yearly subscription to AAO NXT on December 17, 18, and 19.

The character of Anthony played by Manoj Mishra is a notorious gang member of a famous politician whose real identity is mistaken and who has lost his shadow. The turmoil to find it back eventually unfolds several more truths surrounded with the primary characters in the movie.

Director Biren Jyoti Mohanty said, “Making a supernatural thriller in an indigenous Odia language has been a dream for a long time. The audience demands are high nowadays for a thrilling experience be it national or regional and there couldn’t have been a better platform than AAO NXT for this experiment. I am thankful to all my cast and crew members for their immense support in pulling the movie in such a short period. We are hopeful about the success of the series and excited to launch subsequent seasons after this.”

Regarding this, Mr. Kaushik Das, Founder & CEO of ‘AAO NXT’ said, “As the first independent Odia OTT in Odisha, where you can enjoy unlimited AAO Original Odia Web Series, Original Odia Movies & Short Films, Classic Odia Movies, Telugu & Tamil Movies, we have a certain responsibility towards our audience. We keep their demand in mind and take creative decisions accordingly for a show’s success.”

Mr. Ram Patnaik, CFO & Co-Founder of AAO NXT commented, “Odia audience has never witnessed anything like this in their own language and we have tried to make justice to the story by making it likable by our sincere audience.”