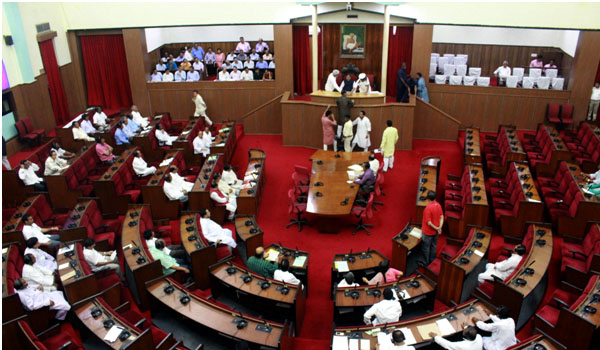 After the opposition members created noise in the House, some ministers along with the BJD members started coming into the House. “The Chief Minister himself never gives importance to the House. He always remains absent during important discussions. When the leader of the House does not honour the House, it is natural that others would not honour the House,” Bharatiya Janata Party (BJP) member Jaynarayan Mishra told media persons.

Despite BJD President and Chief Minister Naveen Patnaik’s direction to party MLAs to attend proceedings in the House without fail, the treasury benches witnessed empty seats.”Nobody is disobeying the direction of the Chief Minister. The MLAs are going to attend different programmes by taking permission. I will request the Ministers to remain present in the House,” said government chief whip Pramila Mallick.

Before the beginning of the winter session, Patnaik had asked party MLAs to remain present in the house during the session and actively participate in debates.On Tuesday also, majority of the BJD members were absent in the Assembly during discussion on the farmers’ issues and delay in paddy procurement.