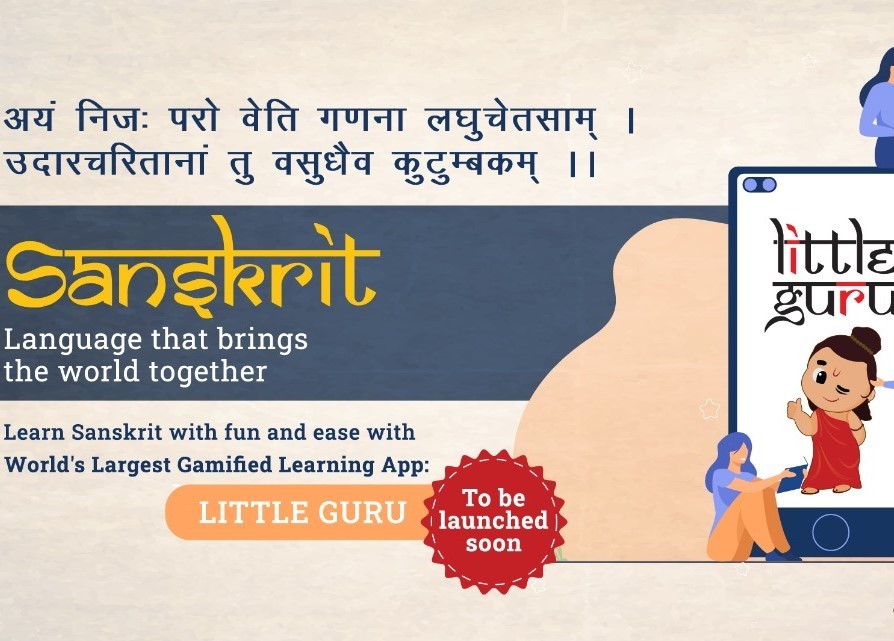 NEW DELHI: The Indira Gandhi Cultural Centre (IGCC) of the High Commission of India at Dhaka in Bangladesh is set to launch an app today to learn Sanskrit.

The Sanskrit learning app is part of the campaign being run by the Indian Council of Cultural Relations (ICCR) to promote Sanskrit language among students, religious scholars, Indologists and historians across the world.

Known as ‘Little Guru’, the app is based on an interactive platform which will make Sanskrit learning easy, entertaining and fun, the hosts informed.

This app will help people who are already learning Sanskrit or those who are desirous to learn Sanskrit to do so in an easy manner. It is based on games, competition, rewards, peer to peer interactions.

It combines education with entertainment, the High Commission of India media release stated.

ICCR has been receiving a large number of requests from across the world from people interested in learning Sanskrit.

Many of the  Budhhist, Jain and other religious texts are in Sanskrit. There has been a great demand from such countries for assistance in learning the language.

Several universities across the world where Sanskrit is taught have shown keen interest in an App which would help the students in these universities and others who wish to pursue learning of Sanskrit.