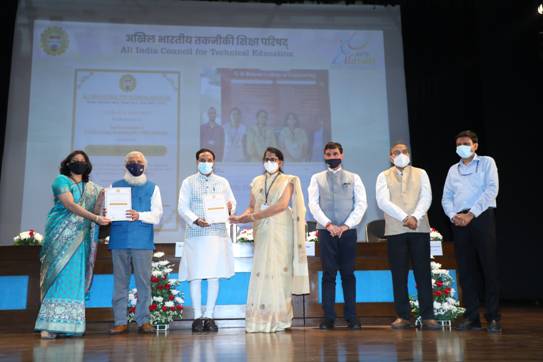 Speaking on the occasion the minister congratulated all the 456 teams who participated in the contest.

He welcomed the initiative of AICTE for instituting the Lilawati Awards and stressed that such innovative steps shall be great motivation for girls to join higher education. This initiative will pave a path towards equality in education and innovation, for women, he added.

Based on the theme ‘Women Empowerment’, AICTE finalized the winners from a total of 456 entries who competed across 6 sub themes, which include, Women’s Health, Self-Defense, Sanitation and Hygiene, Literacy, Women Entrepreneurship, and Legal Awareness.