Coal addiction must be overcome to ease climate change: UN 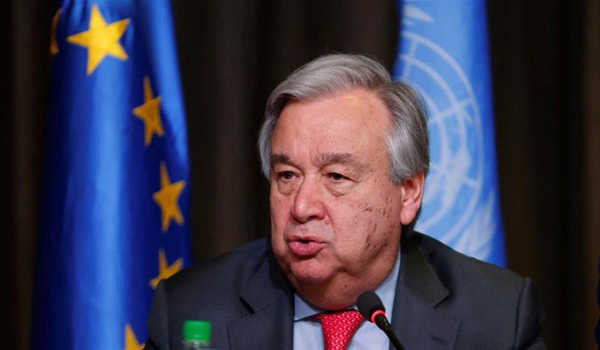 United Nations, Nov 3 (UNI) In Thailand for the ASEAN Summit, United Nations Secretary-General Antnio Guterres has visited climate mitigation project in Bangkok’s new Centenary Park where he told journalists that “coal addiction must be overcome”. The world’s addiction to coal “remains a major threat in relation to climate change and one of the messages in the summit will be very clearly that countries in these areas that are countries that are in one of the most vulnerable areas to climate change”, Mr Guterres underscored on Saturday.

The UN chief informed the press of a recently published report saying that climate change was causing ocean levels to rise much faster than previously forecasted.”According to this new report, unless we are able to?defeat climate change, in 2050, the research has forecasted that 300 million people will be flooded by sea water in the world”, Mr Guterres stated, and called climate change “the biggest threat to the planet at the present moment the defining issue of our time”.

Pledging his commitment to raising global attention on the need “to abide by what scientists tell us is necessary to do”, he argued that that “we need to contain the rising temperatures 1.5 degrees until the end of the century” and “to be carbon neutral in 2050 and reduce the emissions by 45 per cent in the next decade”. “We have to put a price on carbon”, he continued. “We need to stop subsidies for fossil fuels and the creation of new power plants based on coal in the future”.

He also maintained that South East Asian nations must set an example, “to be in the front line of carbon pricing, of stopping subsidies to fossil fuels, and of stopping the construction of coal power electricity plants in order to be able to defeat climate change and to preserve the beautiful cities like Bangkok and others that we want as a legacy to humankind forever”.