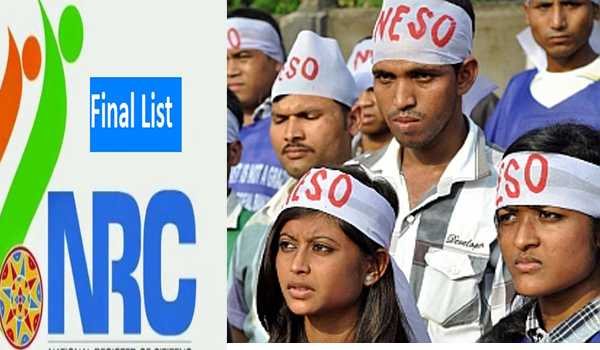 Shillong, Nov 28 (IANS) The powerful North East Students Organisation (NESO) on Thursday warned of an agitation across the northeastern states if the central government goes ahead with amending the Citizenship Act, 1955 in the ongoing winter session of Parliament.

The BJP-led NDA government had introduced the bill in its previous tenure but could not push it through due to vehement protests by opposition parties and it lapsed following the dissolution of the last Lok Sabha.

The bill seeks to remove hurdles in the way of eligible migrants from six minority groups from Bangladesh, Pakistan and Afghanistan from getting Indian citizenship.

“The people of our region are opposing the Citizenship Amendment Bill tooth and nail. The BJP government must understand the sentiments of the indigenous people in the northeastern region,” NESO Chairman Samuel Jyrwa told IANS.

He added: “The Bill is again an attempt to impose the burden of the post-1971 Hindu Bangladeshis in the entire North East region which is not justified to say the least and North East is not a dumping ground for illegal Bangladeshis and to us… a foreigner is a foreigner irrespective of his religion.”

Jyrwa, who is camping in New Delhi, met leaders of the Congress, Janata Dal-United, Trinamool Congress, Samajwadi Party and Meghalaya Chief Minister Conrad Sangma and sought their support to oppose the amendment in parliament.

“We are exploring all options to prevent this amendment bill. We are talking to all stakeholders and we hope the central government understands our serious concerns about this bill,” Jyrwa said.

Warning the central government not to go ahead with the bill, the NESO supremo said, “such an undesirable step by parliament will once again agitate the entire North East region.”

Chief Minister Conrad Sangma had told IANS that neither his government nor his party, the National People’s Party (NPP), will support the Citizenship Amendment Bill if the content of the proposed amendment goes against the interest of the people of the state and the northeast region.

“Our stand is very clear on the issue. If there is anything that is against the people of the state and the region as a whole, we will always stand against it. The interest of our people is our priority,” Sangma had said.

The BJP-led government in Arunachal Pradesh too has been opposing the proposed amendment.