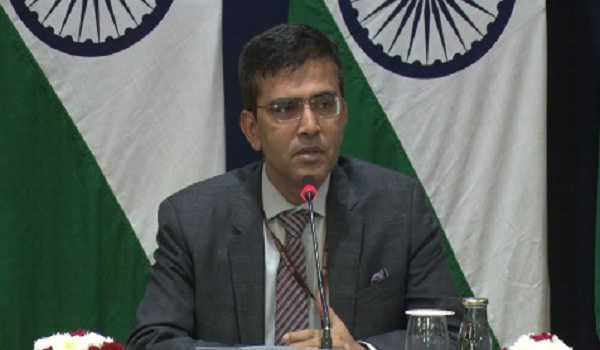 New Delhi, Nov 7 (UNI) A well known and inherent clash of authorities between Prime Minister Imran Khan and Pakistan army came to the fore on Thursday when military spokesman announced that Indian pilgrims traveling to Kartarpur Sahib will need passports as documentary evidence of their identity.

Pakistani media quoted Maj Gen Asif Ghafoor as stating that “As we have a security link, the entry would be a legal one under a permit on a passport-based identity. There will be no compromise on security or sovereignty”.

This statement for all practical purpose over ruled Pakistan Prime Minister Imran Khan’s announcement on November when he had tweeted saying passport would not be required on the inaugural day.

“For Sikhs coming for pilgrimage to Kartarpur from India, I have waived off two requirements, they wont need a passport – just a valid ID; they no longer have to register 10 days in advance,” Mr Khan had tweeted on November 1.

He also announced that “no fee” would be charged on the day of inauguration and on Guru Nanak Devji’s 550th birthday.

The conflict of interests and authorities in Pakistan is nothing new as the country has more than once experienced military coup.

MEA spokesman Raveesh Kumar said on Thursday that contradictory statements have been emanating from Pakistan.

Even as the Kartarpur corridor is all set to be inaugurated on Saturday, November 9, he said “a sense of confusion continues”.

“As of today, there is a bilateral document which has been signed between the two sides, which very clearly specifies the documents needed to undertake the visit,” he said implying passport needs to be taken.