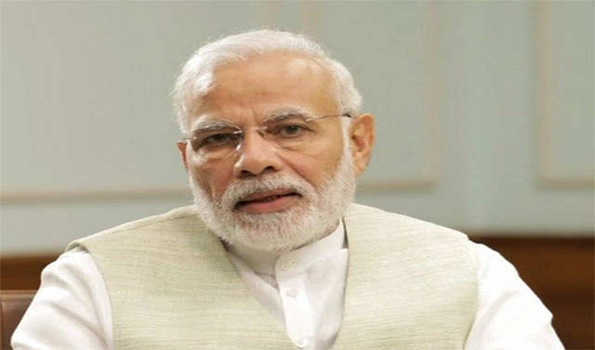 Houston, US, Sep 21 (UNI) In his first engagement on arrival at Houston, Prime Minister Narendra Modi will on Saturday evening have a Round Table Meeting with top representatives and CEOs from companies from the oil and energy sector. According to Indian officials, the meet will seek investments in oil and energy sector. Foreign secretary Vijay Gokhale said on September 19 in Delhi that “….the interaction that Prime Minister will have with the energy majors of the United States is essentially not only to show that we are an important market but also to discuss investment and other possible opportunities in the economic area.”

He of course said, “Energy is the major new component in the Indo-US trade mix. We import approximately $4 billion worth of oil and gas from the United States”. Top representatives and CEOs from major energy sector players like BP, Exxon Mobil, Schlumberger, Baker Hughes, Vinmar International, Cheniere Energy, Dominion Energy, IHS Markit, and Emerson Electric Company would be attending the meet.

“Energy has emerged as a new area of mutually beneficial cooperation and is fast becoming an important facet of our bilateral relationship,” Mr Modi has said. Notably, Houston is the energy capital of the world and has nine refineries producing over 2.3 million barrels of crude oil every day. The city is home to the headquarters of more than 500 oil and gas exploration and production firms in the country and hundreds of firms providing supporting activities.