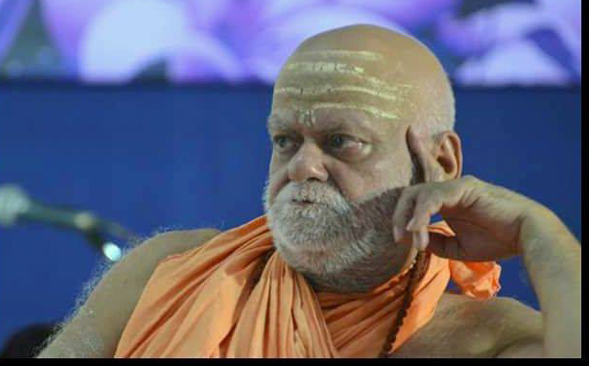 Udupi, Nov 28 Shankaracharya Nischalananda Saraswati Swamiji of Puri Govardhan Math has said that Supreme Court’s decision to allot a five-acre land for the mosque in the Ram Janmabhoomi-Babri Masjid dispute would create a spiritual tussle in Ayodhya.

Shankaracharya Nischalananda Saraswati Swamiji arrived at the Udupi Pejawar Math and met Sri Vishwesha Theertha Swamiji on Wednesday and while speaking to media later last evening, he said that Muslims will turn Ayodhya into second Mecca.

“We are Hindus, we have given Pakistan and Bangladesh to Muslims. Our country had three Muslim Presidents, many chief ministers and judges. Now the Supreme Court has given the verdict of giving 5 acres of land in Ayodhya to the Muslims. I am not happy with the verdict of the supreme court of giving land to Muslims in Ayodhya,” he added.

Saraswati Swamiji also said, “Once former Prime Minister Narasimha Rao requested me to sign a document approving the construction of the Ram Temple and the Mosque in Ayodhya. But I did not sign the documents. Later, Rao did not bring forth his own proposal. Now, the present Government wants to take the credit by giving 5 acres of land to Muslims.”

“Our Parliament is higher than the Supreme Court and BJP has the full majority there. If the this government has the courage let it cancel the order of the Supreme court in Parliament and stop giving the land to Muslims in Ayodhya,” he added.