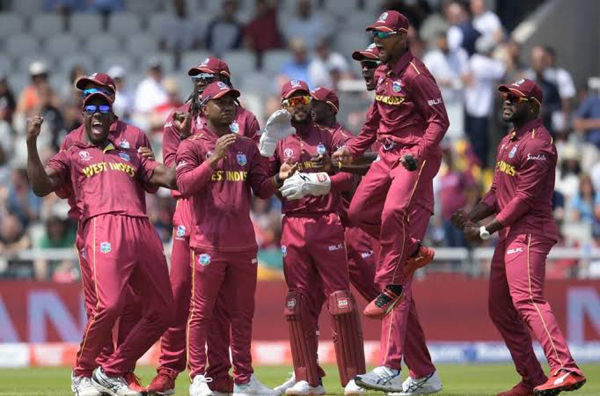 Port-of-Spain, Nov 29 Selectors have retained the same ODI squad that recently swept Afghanistan 3-0 while Fabian Allen returns to the T20I side for West Indies’ limited-overs assignments against India.

Allen, who picked up a knee injury during the first T20I against Afghanistan earlier this month and was forced to miss the remaining two encounters, has recovered and will join the T20I squad for the series against India. Denesh Ramdin, who was struggling with a hamstring niggle, is also fit again to make a return. Batsman Shai Hope and paceman Alzarri Joseph are the two surprise exclusions from the T20I squad.

With the 2020 ICC Men’s T20 World Cup less than a year away, the selectors are trying out different permutations and combinations, giving opportunities to new talent, an ICC report on Friday said.

“We have three matches in each format, so we wanted to give each squad a chance to compete against India,” said West Indies head coach Phil Simmons. “No disrespect to Afghanistan, but facing India will be a more difficult series. Our players really got the hang of things, with the 3-0 series win in the ODIs against Afghanistan, and I believe we will move from strength to strength,” he said.

“In the T20s this will be another chance for them to play and develop … The next ICC T20 World Cup is in Australia and the one after that is here in India so there is a lot of preparation to be done, first for Australia. We have given the players here a chance in this series and we know we have players outside who may be coming in later on as well, so it’s good to give those here another opportunity,” said Simmons.

Chris Gayle is another absentee from both squads, having opted not to take any part in the India series and use the time away from cricket to “reflect” on his future in international cricket.

Keiron Pollard, who led the team during the Afghanistan T20Is, which West Indies lost 2-1, and the three ODIs, which his side swept comprehensively, will continue in his role.

West Indies have made no changes to the ODI squad. The first T20I is in Hyderabad on December 6.