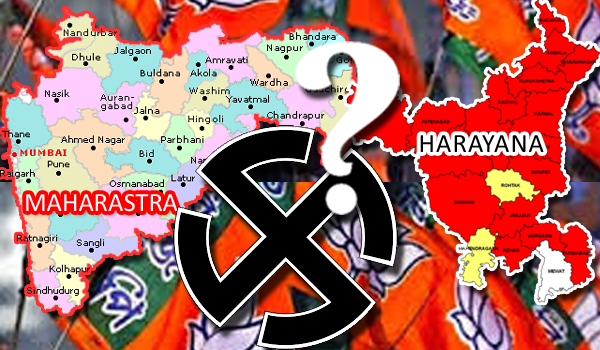 It is a near count-down stage for the Assembly polls in Maharastra and Haryana and it would remain the efforts by the Bharatiya Janata Party to win the polls in both the states.

After the resounding victory in the recent general elections, it gets morally incumbent for the Modi-led dispensation to hold both the forts intact. And, in that light, losing any of the above two states to the rival would have lot of bearing on the image of Prime Minister Narendra Modi whose popularity today bandies out of the Indian boundaries.

Many may see the recent event in Huston in isolation, to what is happening within the country, be it the alleged economic slowdown or the increasing unemployment prevailing all over, but by taking a leaf from the experience of the general election, it can be well argued that, propaganda always has had tremendous bearing on the voters’ psyche in whatever shape.

The high voltage publicity on Huston extravaganza has undeniably catapulted the image of Modi to a height ,politically and all that cannot pass without a tangent brushing with the people in India and preparations are on to package it in part, feel political observers.

If the event goes off the tangent, by any chance, already issues have been lined up, whether inadvertently or otherwise, to play the filler role just before the polls.

Politics of the day garners credence from propaganda and publicity regardless of which party it is. The recent statement  by the Chief of Army over the looming threats from fresh concentration of terror elements in Balakot has been seen by some political analysts as armory  in stock which can be used as game changer in crisis of credibility, in case .

Balakot has already has its relevance and any repeat of such feats in the days to come is bound to trigger emotion among the people who matter.

Going beyond the fall outs of what Trump told on Modi, describing him as ‘father of India’ sort of face, there are people within the BJP those who are not ready to find anything incongruous in Trump’s maverick take down to compare someone with the Mahatma. Rather, they have their arguments to defend it.

The climate which now prevails, politically, in the country, it seems that the NDA will defend its positions in both Maharastra and Haryana and very likely to win both the states, until unless something come to play a spoilsport against it,  which is very unlikely.