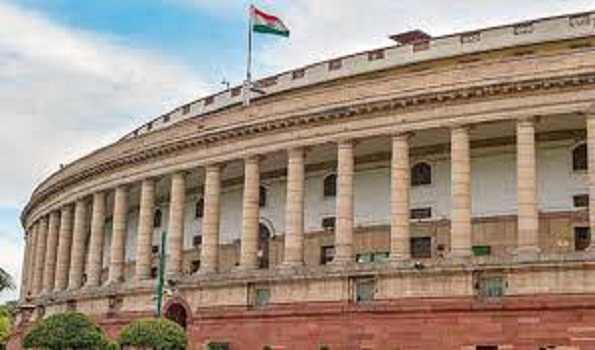 New Delhi, Nov 25 Two Congress women lawmakers on Monday lodged a complaint with Lok Sabha Speaker Om Birla against the security staff of the House accusing them of pushing and “manhandling” them while they were protesting “peacefully” during proceedings.

Members Remya Haridas and S. Jothimani lodged the complaint alleging they were manhandled at a time when they were protesting against the Centre over formation of BJP-led government in Maharashtra with support of Nationalist Congress Party (NCP) leader Ajit Pawar pledging support of some party MLAs in the state.

In their complaint to Birla, the women lawmakers claimed that they were standing near the Speaker’s podium along with other party leaders holding placards when the security staff pushed and manhandled them.

“Congress President Sonia Gandhi was present in Parliament when all this happened. We have lodged a complaint to the Speaker to take action against the people who manhandled us,” Haridas told the media.

Congress leader Adhir Ranjan Chowdhury also alleged that women parliamentarians were “manhandled” in the Lok Sabha when they were protesting in the well of the House over the Maharashtra issue.

“Security personnel manhandled our women parliamentarians. We have never experienced this inside Parliament. We will be waiting to see what action has been taken against responsible people,” Chowdhury said.

Congress members – Hibi Eden and T.N. Prathapan – who were holding a banner with slogan ‘Stop Murder of Democracy’ — jostled with the marshals as other Congress members were also near Speaker’s podium while protesting against the government carrying placards, leading to adjournment of Parliament proceedings.

Following the ruckus, the House witnessed three adjournments — the final with announcement of adjournment of Lok Sabha proceedings till 2 p.m. on Tuesday.

The pandemonium started during Question Hour when the House assembled.