Women in Mosques: Why not allow them entry, argues a new book 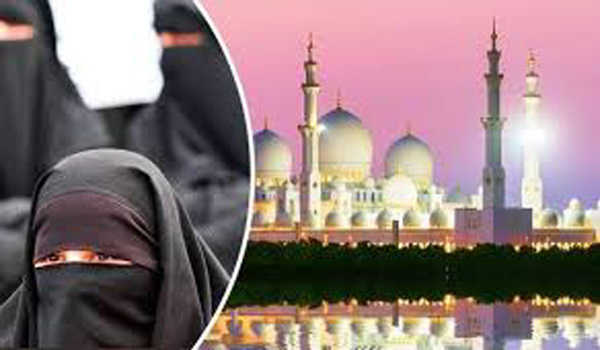 Within a week of the Supreme Court seeking response of the Centre on a Public Interest Litigation (PIL) which sought entry of Muslim women in all mosques of the country, journalist and author Ziya Us Salam argues Quran does not discriminate against women and at 59 places, it asks men and women to establish prayers.

Last Friday, a bench comprising Chief Justice Ranjan Gogoi and justices S A Bobde and S A Nazeer issued notice to the Union Law and Justice Ministry and Minority Affairs Ministry on the plea seeking entry of women in mosques.

The petition sought issuance of direction to government authorities and Muslim bodies like Wakf Board to allow women into mosques on grounds that denial amounted to violation of various fundamental rights. The petition has also mentioned that in mosques where women are allowed, there are separate entrances and enclosures for worship for the two genders. It said that there should not be any gender discrimination at all, and that all Muslim women should be allowed to pray in all mosques, cutting across denominations.

In his new book ‘Women in Masjid: A Quest For Justice’, literary and social commentator Ziya Us Salam points out that The Prophet instructed men not to stop women from going to mosques. Quran says prayer can be offered in private but it can only be established and perfected in a group, he says.

Relying upon arguments from the Quran and Hadiths, the book says women have been exempted, nor prohibited from going to the mosques. The Prophet encouraged them to say the Friday and Eid prayers in a large congregation. Women are denied the right to enter mosques across the Indian subcontinent.

The book says that Muslim women had things pretty good in medieval times. Politically, they were taken into confidence by the emperors who consulted them at every stage. The stories of Noor Jahan, who wielded great control over the Mughal king Jahangir, are also well known. It is fair to believe that women offered prayers in the mosques if one look at the architecture of the Sultanate and the Mughal period closely.

‘Not just mosques, women went to Sufi khanqahs and dargahs too, and are said to have participated with great zest in singing Sufiana kalam….it all began to change with the decline of the Mughals and the coming of the British. As conservatism was the order of the day, women began to be excluded from both mosques and cemeteries. They were not allowed to enter the mosques for spiritual elevation,’ it says.

The author points out that in medieval as also modern times, women were never denied the right to go on hajj where, like men and women from other countries, they established prayers in both Makkah and Medina, where they went to the last resting place of the wives of the Prophet as also his companions. Yet, when they came back home, a different kind of Islam ruled their lives. Call it the impact of the local culture, but this Indianised form of Islam meant women could build mosques or take part in financing them, but could not offer regular prayers inside them.

Today, women cannot go for prayers to the mosques that their fellow women built hundreds of years ago. The most conspicuous case being of the famous Fatehpuri Masjid in Old Delhi, where the local residents cannot recall any occasion when women gathered to offer prayers in a group, or the Taj-ul-Masajid in Bhopal. It is the largest mosque in India, but is not been able to spare a room or hall for women. The biases are more pronounced today than at any time in the Islamic history in India, the book says in the chapter ‘India in the Past:Medieval Mosques Built by Women.’

So what is the way forward? The book offers suggestions as well. It says that it is time for each mosque to declare that it is un-Islamic to prevent women from coming to the mosques. They should appoint women to the committees of the mosques. As of now, hardly any mosque committee has women members. It is men who decide the matters for both men and women. Also, in cases where mosques have logistic problems in making a separate entry and exit gate for women, women should be encouraged to have their own jamaat.

Ultimately, women’s prayer space has to be restored, just as the Prophet had visualised it: behind men in the last row, in a position from where they can see the Imam and not an obscure corner from where they can neither see the Imam, nor hear the recitation clearly. It is time for women to reclaim their sacred space, the book suggests.

Mr Salam points out that in Delhi, at the headquarters of Jammat-e-Islami Hind, there is a separate section for women. Every Friday, women can be seen going for prayers there. The problem, he says, is with the local maulanas who understand little of Quran. Most Indian Muslims do not understand Quran in Arabic and do not read the translation. He says things are different in Kerala where more Muslims know Arabic. A good number of mosques make provision for women in Kerala, he says.