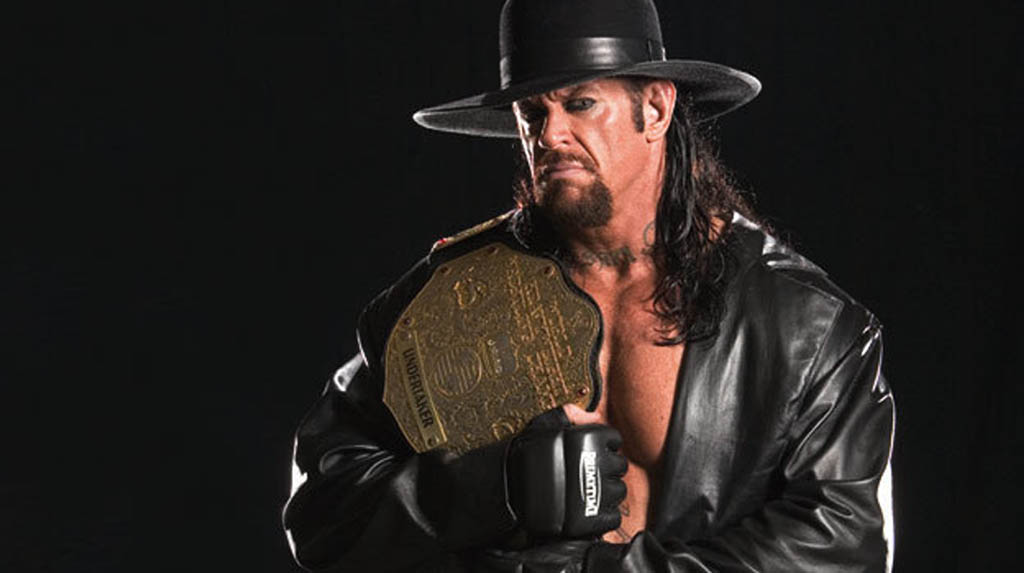 New Delhi: Wrestling legend The Undertaker, who is all set to bid adieu to the arena, is proud of his career which spanned over three decades and feels he couldn’t have asked for more in terms of accomplishments and love he received from the fans.

“I have wrestled all over the world. I have wrestled against almost every wrestler of my generation. When I look back at my career, I have experienced so much and was able to do so much that I can easily look back and say that I haven’t missed anything, be it a match against a wrestler or anything,” The Undertaker told IANS in an interview.

“After 30 years of career in wrestling, there’s not a whole life that I didn’t get to accomplish. I am very proud of my career. It’s very humbling to know that you have an effect on people and their everyday lives. When you are wrestling, you are into the zone and don’t realise the effect you are having on the lives of people. Sometimes, you give them hope, sometimes you give them the courage to do something during their difficult times,” he pointed out.

The Undertaker, whose real name is Mark Calaway, had made his WWE debut at Survivor Series on November 22, 1990.

Ever since making his debut with Brother Love, The Undertaker participated in some of the greatest matches in history against Hall of Famers such as Hulk Hogan, Ric Flair, Triple H, Shawn Michaels and Mick Foley.

The 55-year-old’s last match in WWE was at WrestleMania 36 when he and AJ Styles fought in a Boneyard match in April in which The Deadman had emerged victorious.

When asked about what he will miss the most about WWE post his retirement, The Undertaker said: “The hardest part for me would be not to hear that music, the light going out and the reception from the fans whenever I entered the ring. That’s something I am going to miss the most because that has been something which has sustained me for so long.”

If he were not The Undertaker, Calaway said he would’ve wanted to play the character of Rick Flair in WWE. “It would be very tough not to be Rick Flair. He was the epitome of success, a world champion. I always felt that Rick Flair’s character was so over the top which actually he is not. He is the bar which guys of my generation measured themselves with.”

During his illustrious career, The Undertaker had multiple WWE Championship reigns and held an unmatched and astounding undefeated streak at WrestleMania that lasted 21 years.

However, one thing which he wishes he had was an extended program with AJ Styles, his last opponent in WrestleMania.

“Although I am proud of the Boneyard match, I wished I could have a “traditional” kind of match with AJ Styles in a wrestling ring. I told him on several occasions: ‘Man, I wish you could’ve been here 10-15 years earlier’.”

“I love the way he works and what he does in the ring. I have called him the modern-day Shawn Michaels. I would have really loved to have an extended program with AJ Styles,” he said.

The wrestling legend believes the current WWE misses the storytelling part, something which, according to him, is the root of what wrestlers are supposed to do.

“Storytelling is the root to what we do. It is something which I tell the young talent who are unbelievably fit, but what we do is storytelling and that’s the most important thing in my opinion,” he said.

“It is not about the wrestling moves, it’s about the moves that help us tell our story. That’s what captivates and keeps people interested. To me, it starts and finishes with a story,” he added.

When asked about his plans after retirement, he said: “I don’t know. I haven’t figured it out yet. When I look back, I am still amazed that I have been there for 30 plus years with wrestling.”

“I don’t think I am not going to be a part of the WWE.

“One of the things that really interests me a lot is paying it forward, working with the talent that is coming up and trying to give them something of my insights and something from my experience. I think there’s a lot of what I did, aspects to storytelling, which is missing in today’s games. So, I think that’s where I can be an asset for the next generation guys,” he added.

The wrestling legend also plans to meet in person his fans a bit more often now that he will not be as busy with the fights.

“Although I may not be in the ring very often, I will still be around.”

The Undertaker will be returning to the WWE this weekend at Survivor Series, as part of his final farewell which airs in India on November 23 at 5.30 a.m. on Sony Network.