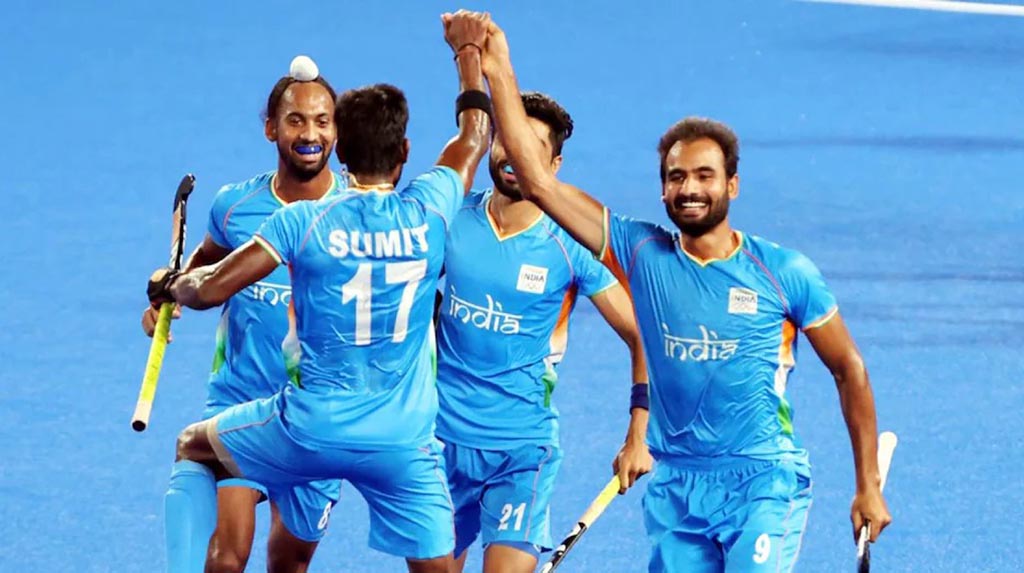 Tokyo Olympics: Indian men’s Hockey team scripted history with their sticks as they defeated Germany 5-4 to win a bronze in Tokyo Olympics. The quest for medal for India ended after the wait of 41 years as men in blue outplayed Germany in every quarter in a high scoring match. For India, Simranjit Singh scored two goals and Harmanpreet, Hardik, Rupinder Pal Singh scoring one goal each.

As soon as the match began, Timur Oruz got an early lead for Germany. Simranjit Singh equalised for India in the begining of the second quarter, which saw as many as five goals scored. However, Niklas Wellen gave 2-1 lead to Germany which was soon turned to 3-1 by Benedikt Furk. But India hit back almost immediately with two swift goals to equal the scores. First, Hardik converted the penalty corner and then Harmanpreet Singh drag flicked the third one for India.

As soon as the third quarter began, India took the 5-3 lead with Rupindar Pal Singh’s penalty stroke and Simranjit Singh’s second goal of the match. Although Germany hit again in the fourth quarter and scored 4th goal, Indian men kept the lead intact. With just about 7 seconds left into the game, Germany earned a Penalty corner but could not penetrate the Indian wall, Sreejesh. And, eight time Olympic Hockey champion India won medal at the Games after 1980. Overall this is 12th medal in hockey and third bronze for India in Olympics.