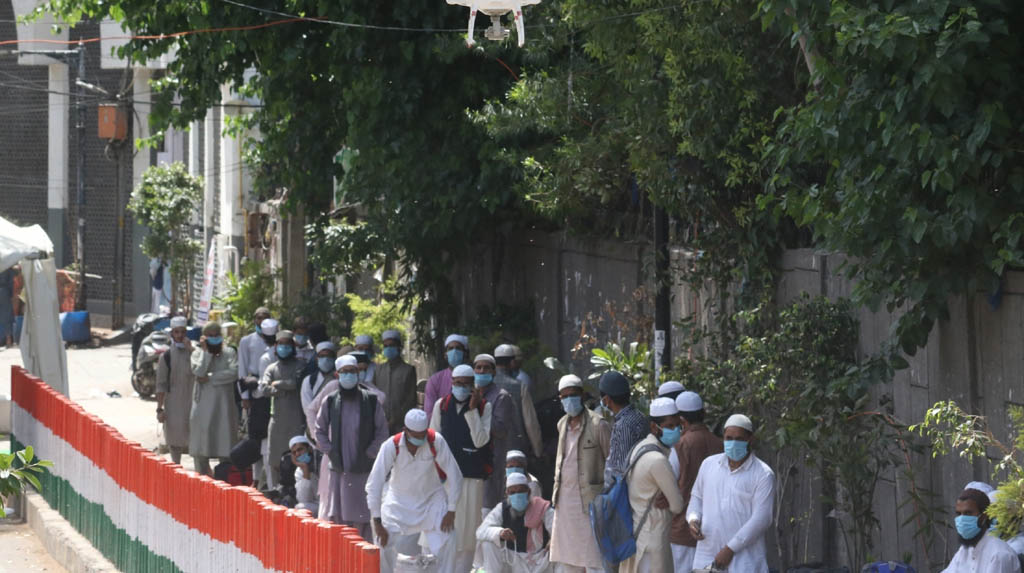 Chandigarh, Three more members of the Tablighi Jamaat, who were at the congregation in Delhi’s Nizamuddin Markaz in March, on Saturday tested positive for coronavirus in Punjab, taking their total cases to five.

They were reported in Mansa district where they returned from Delhi on March 19. Six people were tested negative, said Special Chief Secretary Karan Bir Singh Sidhu.

He said one more positive case was reported from Faridkot, the first in the district. The positive case has no travel history but he is in forex business and that is how he might have come in contact with a client from abroad.

Sidhu said Sant Balbir Singh Seechewal and 16 others of the area tested negative.

Eco warrior Sant Seechewal and the others had recently come in contact with Padma Shri Nirmal Singh Khalsa, former Hazoori Raagi of the Golden Temple, who succumbed to novel coronavirus on Thursday.

A day earlier, two members of the Tablighi Jamaat were tested positive in Mohali district.

Both the patients belonged to Jagatpura village, located just on the outskirts of Chandigarh, an official told IANS.

In the worst affected Mohali district, the Jagatpura area has been totally sealed off after confirmation of Covid-19 outbreak, with mass sampling being done here and Nayagaon area, both located on the periphery of Chandigarh.