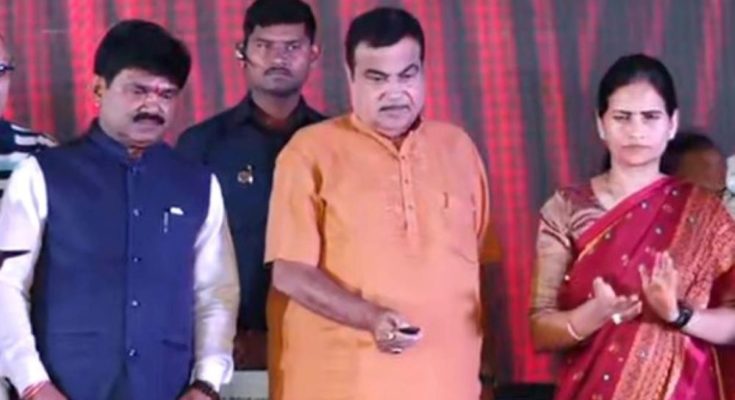 New Delhi: Union Minister for Road Transport and Highways Shri Nitin Gadkari in a series of tweets informed Four-laning of Shahpur bypass to Muktai Nagar section of NH-753L passing through Jalgaon in Maharashtra and Burhanpur district in Madhya Pradesh has been approved at HAM under Bharatmala project at a cost of Rs 784.35 crore.

Shri Gadkari said the project route is geographically located in Burhanpur district of Madhya Pradesh and Jalgaon district of Maharashtra. The existing 2-lane carriageway road is a part of NH-753L which starts from the junction with NH-753F near Pahur which connects Burhanpur in Madhya Pradesh including Jamner, Bodwad, Muktainagar in Maharashtra and NH-347B near Khandwa ends at the junction with a provision of bypass at necessary places in Dapora, Ichhapur and Muktainagar in the project route.

He said after the four-laning of the entire road from Boregaon Buzurg to Muktai Nagar, the traffic going from Indore to Chhatrapati Sambhaji Nagar (Aurangabad) will be diverted through this route.