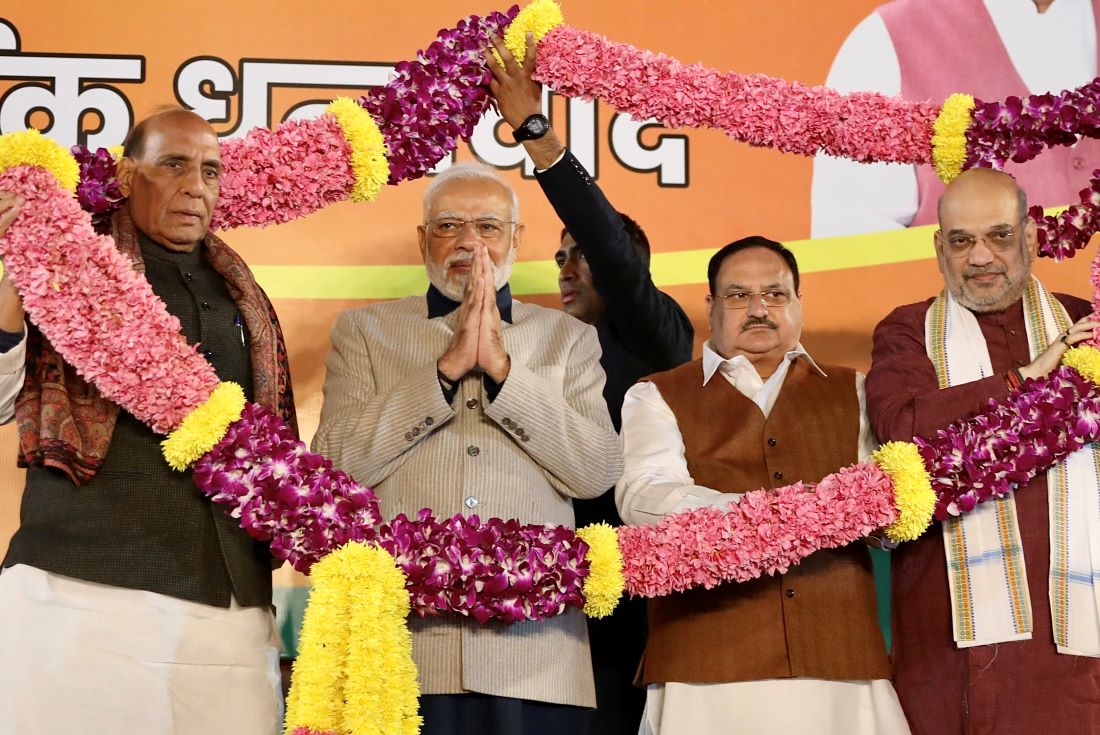 New Delhi: In Gujarat, the ruling BJP will form a new government on Monday. State BJP Chief CR Patil said that the chief minister of state will take oath at 2 pm. Prime Minister Narendra Modi and Union Home Minister Amit Shah are among a host of dignitaries who will attend the swearing-in ceremony.

Party got 52.5% votes, more than 3 percent extra from last time, which resulted in its landslide victory. Congress became the biggest loser with 27.3 percent votes which was around 41 percent last time and Aam Aadmi Party’s biggest gainer with 12.9 a percent vote share.

14 out of the total 33 districts of Gujarat gave all seats to BJP while the party lost both seats of the Porbandar district. The urban districts Gandhinagar Ahmedabad Vadodara Surat and Rajkot consolidated the victory of the BJP by giving 57 out of the 60 seats. The results also showcased the support of scheduled castes and scheduled Tribes to the party since out of 40 seats reserved for SC and ST 34 went in favour of BJP.