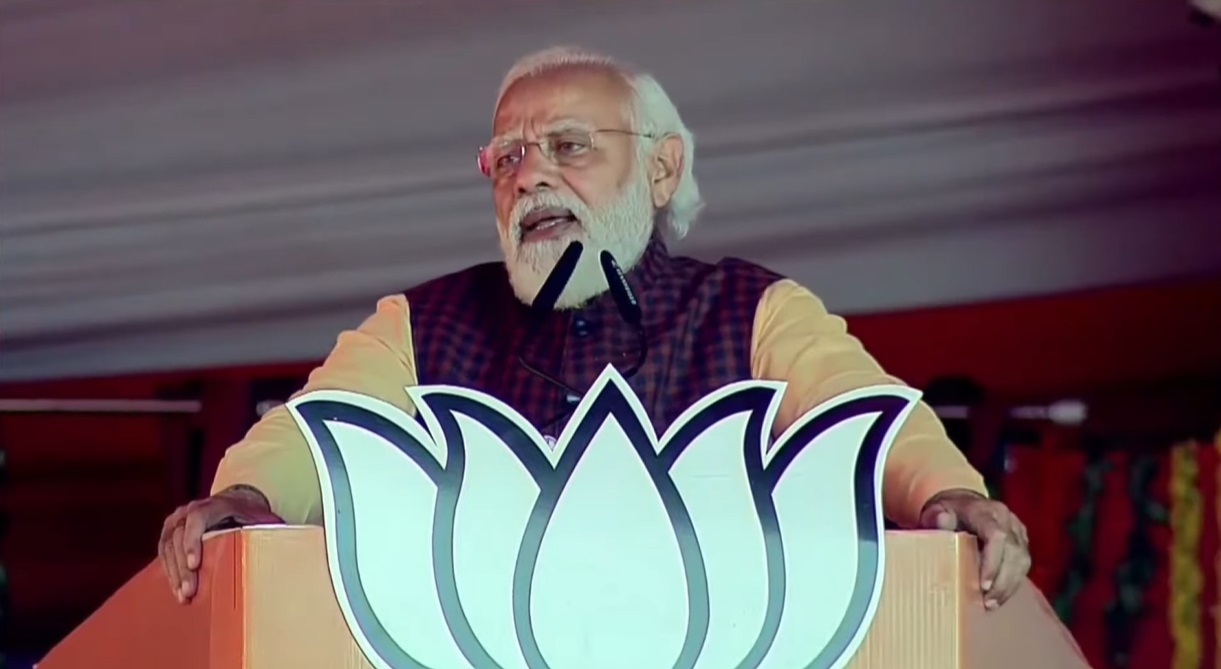 Prime Minister attacked on the opposition and said that only development earlier governments did was development of their own families. PM said that the perfume industry of Kannauj is also a witness to the bad policies of these dynastic parties. They defamed this industry though their misdeeds and corruption but BJP is working to make Kannauj’s perfume a global brand. He said that the policies of BJP governments are helping farmers, youth and marginalised section of the society.

PM said that with the opening of new medical colleges in state children of poor families will be able to become doctor. PM said that with the implementation of new education policy, the people from rural India can get education in their own language. Modi appealed people to vote for BJP for a stable government in state.