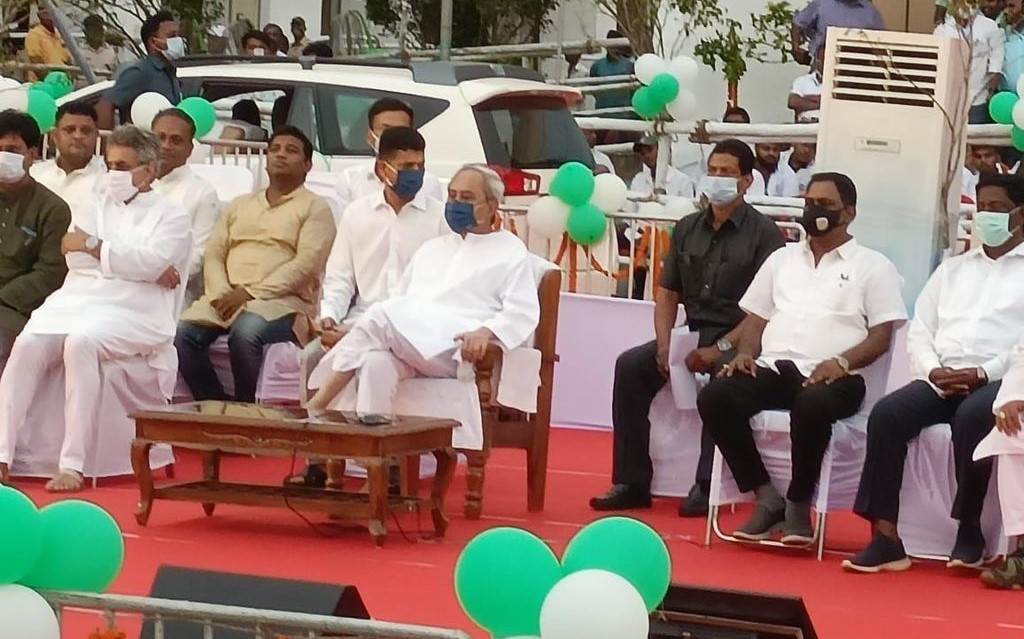 Speaking on the occasion, the Chief Minister said ” This is a historic day for Puri district. I hope that, with the efforts of the teachers and students, this institution will get a great name in serving the people of Puri. It is heartening to know that the students from the poorest sections have got into the medical college. Especially, the students from the government schools have got the admissions due to the 15% reservation policy of the State government.”. He wished the students on the start of their first day in the Medical course. The Chief Minister thanked the Union Health and Family Welfare Minister for his support in establishing the medical college.

In his interaction with the students, the Union Minister of Health and family welfare Sh Mandaviya motivated the students to work for the rural population and provide the best of health care for the poor patients.

The medical college has started functioning with health facilities of the District headquarter hospital. A 650-bedded Teaching hospital is under construction by the State Government. This College and hospital will provide quality health care services to the people of Puri District and also to a large number of tourists visiting Puri Town.