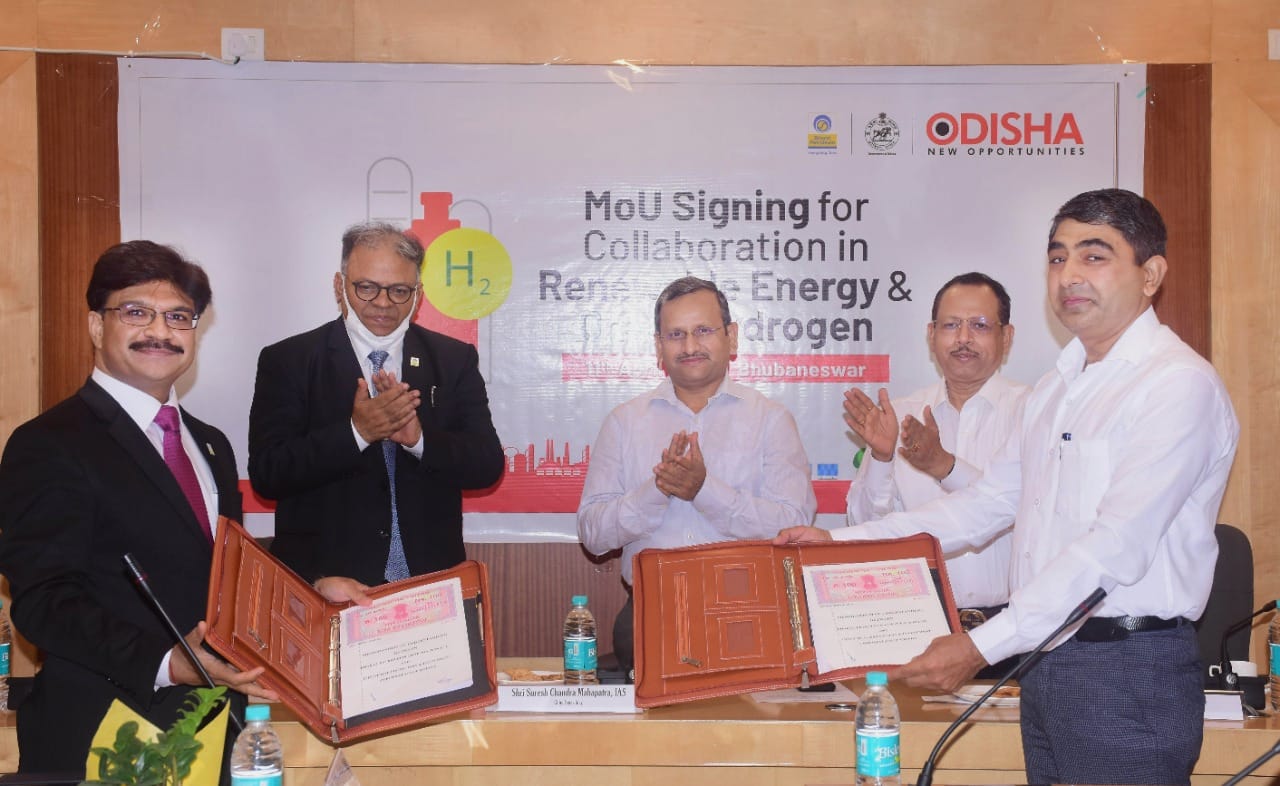 Bhubaneswar: In another significant step towards green growth and industrialization, Odisha Government under the leadership of Chief Minister Sri Naveen Patnaik signed a Memorandum of Understanding (MoU) with Bharat Petroleum Corporation Limited (BPCL) for exploring the feasibilities of setting up green energy and hydrogen plants in the State.

MD PICOL Sri Bhupendra Singh Poonia and Executive Director Renewable Energy BPCL Sri Amit Garg signed the agreement. Speaking on the occasion, Chief Secretary Sri Mahapatra said, “Odisha has high potential for production of green energy from ethanol, solar and hydrogen”. He assured that State Government would push forward the green energy project in a big way, and BPCL would be provided all support from grounding to commissioning of the projects. Development Commissioner said, “This is momentous occasion when a company like BPCL has joined hands with State Government for production of renewable green energy”.

He added, Odisha as a lead State in metal and petrochemical investment destination would like to produce and utilize more of green energy in different sectors for arresting the carbon foot prints. Highlighting the growing demand of green energy, Chairman and MD BPCL Sri Singh said, “Odisha figures out in its innovative ventures. Many parts of Odisha has great potential for production of solar and green based ethanol energy”. Thanking State Government for its facilitating policies and ground level support in earlier projects of BPCL, Sri Singh expressed the hope that the present project would meet its target within the specified time limit.

The MoU envisaged joint collaboration between Government and BPCL for exploring feasibility of setting up green energy hydrogen plants both for domestic use and export. Setting up requisite infrastructure and knowledge sharing would be other important facets of the MoU. Green hydrogen would help in reducing aggregate green house emissions. It would also help Odisha-based heavy industries to supplement their non-fossil power requirement.

Sources said, BPCL aspired lead the green energy sector through combination of skill and technology. The company targeted to build a renewable energy production capacity of 10 gigawatts comprising a mix of solar, wind, small hydro and biomass by 2040.