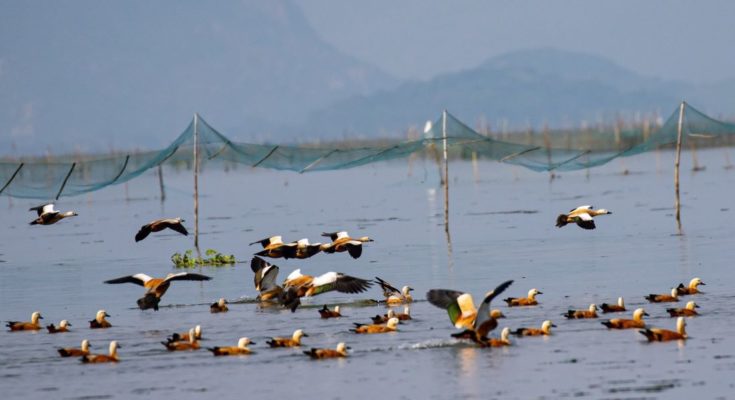 Chilika Migratory Birds: The annual bird census has been held today in Chilika lake. Over 11 lakh migratory birds of 184 species visited Chilika Lake in Odisha this year, according to the annual bird census official report. This year’s total arrivals of bird figure is 11,31,929 of 184 species, which is greater than of last year’s figure 10,74,173.

As per the information, the bird census was underway from 6 a.m to 12 p.m, whereas Lake Chilika has been divided into five zones, with 21 teams deployed for bird census.Each team had 6-7 members. There were 8 teams in Tangi zone, 6 in Balugaon, 4 in Satapada, 2 in Rambha and One in Chilika .

GPS, binoculars, cameras, two-way radios and other equipments were used in the counting, while wildlife activists form various organisation , bird protection camp members, OUAT students, bird specialists and wildlife department personnel with the active support of BNHS were involved in the census. All arrangements have been made by the Chilika Wildlife Division and Chilika Development Authority.