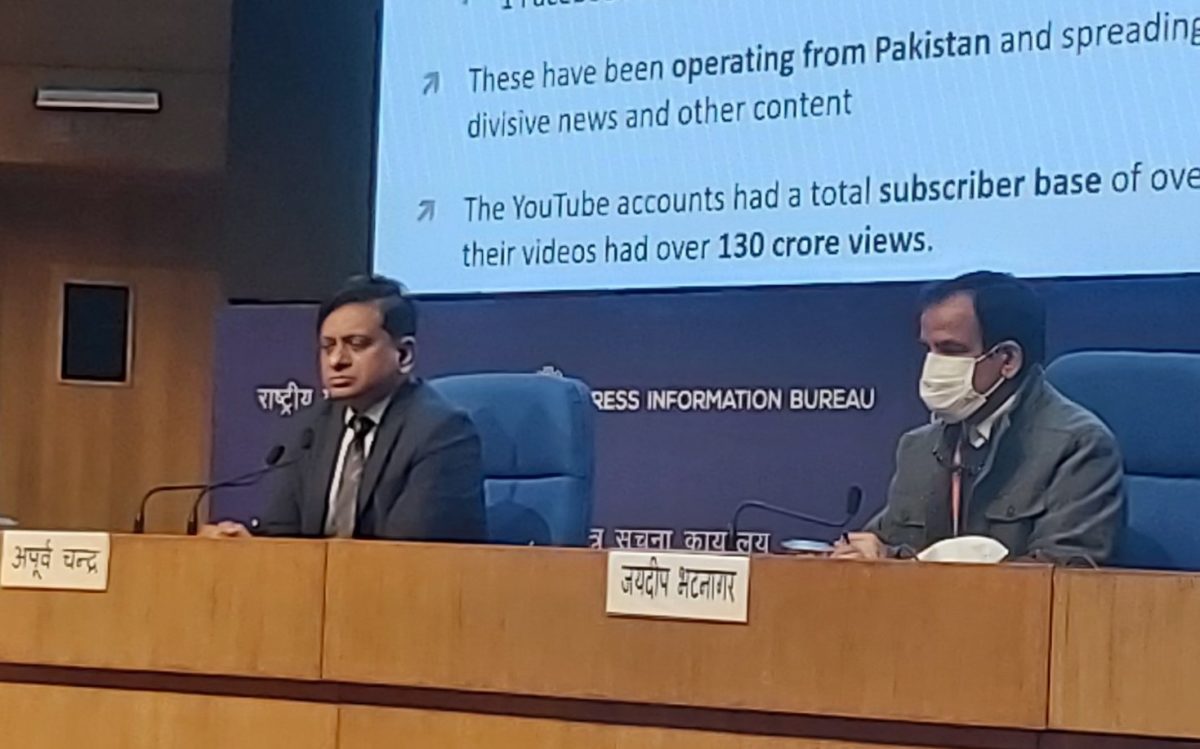 New Delhi: India has striken hard on Pakistani Fake News Factories. The Centre has ordered blocking of 35 YouTube based news channels and 2 websites which were involved in spreading anti-India fake news in a coordinated manner over digital media. Besides, two Twitter accounts, two Instagram accounts, and one Facebook account have also been blocked by the Government for being involved in spreading coordinated anti-India disinformation over the internet.

Secretary, Ministry of Information and Broadcasting Apurva Chandra said that the You Tube Channels, websites and Twitter, Instagram and Facebook Accounts were operating from Pakistan. He said, the contents and information of these Channels  are toxic and are totally against the sovereignity of the country.

He said, the Ministry has issued the order in this regard yesterday. Mr Chandra said, the YouTube accounts blocked by the Ministry had a total subscriber base of over 1 crore 20 lakh, and their videos had over 130 crore views. Mr Chandra said that the recent action taken by the Government follows the blocking of 20 YouTube channels and 2 websites in December, 2021 when the emergency powers under the IT Rules, 2021 were first utilized to act against such anti-India fake news networks.

The 35 accounts blocked by the Ministry were all operating from Pakistan, and were identified to be part of four coordinated disinformation networks. These include the Apni Duniya Network operating 14 YouTube channels, and Talha Films Network operating 13 YouTube channels. A set of four channels, and a set of two other channels were also found to be acting in synchronization with each other. All these networks appeared to be operated with a single goal of spreading fake news oriented towards the Indian audience.

Chnadra further added that the intelligence agencies and the Ministry continue to work closely in order to secure the overall information environment in India.