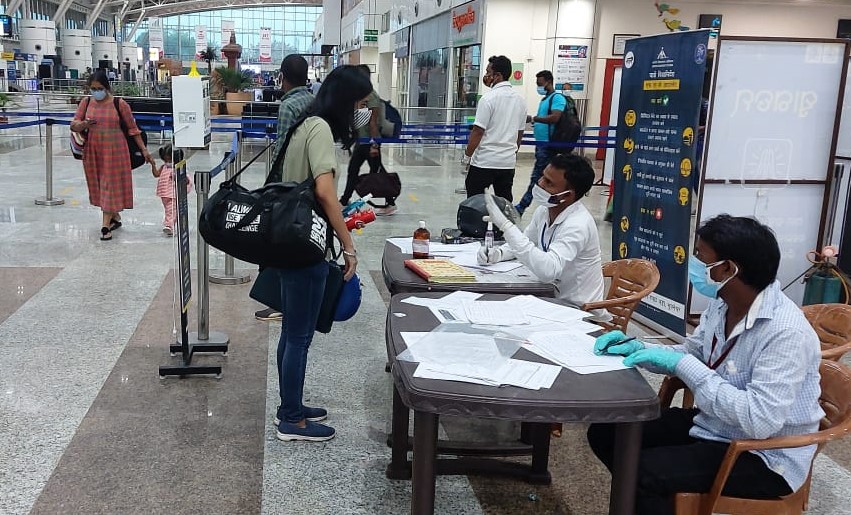 New Delhi: Union Ministry of Health has issued revised guidelines for International arrivals, which are effective from today. The guidelines provide protocols to be complied by international travellers as well as those to be followed by airlines and all points of entry.

As per the guidelines, the passengers coming from at-risk countries and tested positive for Covid-19 on arrival in India will be treated or isolated as per laid down standard protocol and not necessarily be admitted to an isolation facility. As per the earlier guidelines, if passengers are tested positive on arrival from at-risk countries, they will be managed at an isolation facility and treated as per protocol.

Travellers coming from specified Countries at risk will submit samples for post-arrival COVID-19 test at the point of arrival and such travellers will be required to wait for their test results at the arrival airport before leaving or taking a connecting flight. Like earlier, if tested negative they will follow home quarantine for 7 days and shall undertake RTPCR test on the 8th day of arrival in India.

If tested negative, they will further self-monitor their health for next 7 days. However, if such travellers are tested positive, their samples should be further sent for genomic testing at INSACOG laboratory network.

In case of travelers coming from other countries, a subsection, 2 percent of the total flight passengers shall undergo post-arrival testing at random at the airport on arrival. These two per cent of such travellers in each flight shall be identified by the concerned airlines.

All travellers including those 2 percent who were selected for random testing on arrival and were found negative will undergo home quarantine for 7 days and shall undertake RT-PCR test on the 8th day of arrival in India. If they are tested negative, they will further self-monitor their health for the next 7 days and if such travellers are tested positive, their samples should be further sent for genomic testing.

The other rules and requirements are the same as in earlier guidelines including on arrival, the passengers found to be symptomatic during screening shall be immediately isolated and taken to medical facility as per health protocol. Children under 5 years of age are exempted from both pre-and post-arrival testing. However, if found symptomatic for COVID-19 on arrival or during home quarantine period, they shall undergo testing and be treated as per laid down protocol.