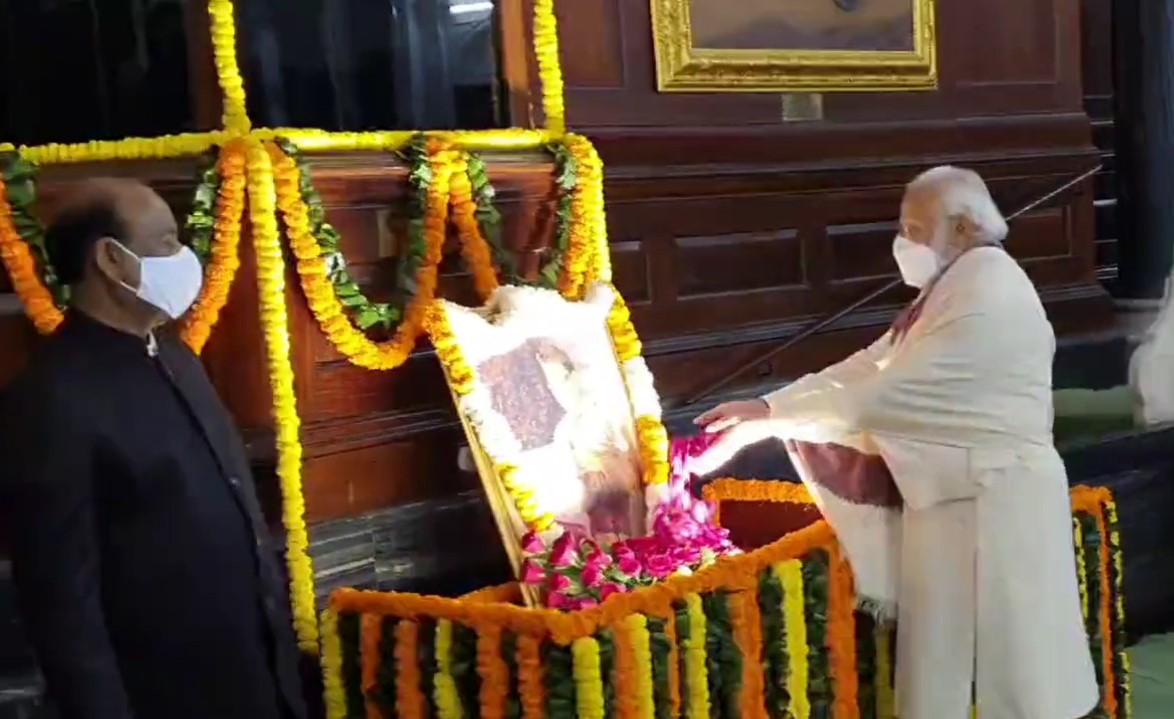 The hologram statue will be replaced by a grand granite statue of Netaji which will installed to commemorate Netaji’s 125th birth anniversary and as a part of the year-long celebrations to mark the event.

The statue, made of granite, shall be a fitting tribute to the immense contribution of Netaji in the country’s freedom struggle and would be a symbol of the country’s indebtedness to him. Till the work for the statue is completed, a hologram statue of Netaji will be present at the same place. 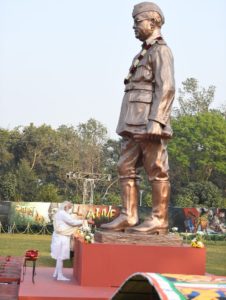 In his tribute, Kovind said that the daring steps that Netaji took to fulfil his fierce commitment to the idea of a free India — Azad Hind make him a national icon. President said, his ideals and sacrifice will forever inspire every Indian.

Modi greeted people on Parakram Diwas, saying every Indian is proud of his monumental contribution to nation.

Prime Minister announced on January 21 that a statue of Netaji Subhas Chandra Bose will be installed at the India Gate. He had said that till the grand statue is constructed, it will be represented by a hologram bust at the same place. Modi will unveil the hologram statue in the evening.

The hologram statue will be powered by a 30 thousand lumens 4K projector. An invisible, high gain, 90 percent transparent holographic screen has been erected in such a way so that it is not visible to visitors. The 3D image of Netaji will be projected on it to create the effect of a hologram.

The size of the hologram statue is 28 feet in height and 6 feet in width. During the programme, the Prime Minister will confer Subhas Chandra Bose Aapda Prabandhan Puraskar, for the years 2019, 2020, 2021 and 2022 in the investiture ceremony.

A total of seven awards will be presented during the ceremony. The Centre has instituted the annual awards to recognize and honour the invaluable contribution and selfless service rendered by individuals and organisations in the field of disaster management.

It has been the constant endeavour of the Prime Minister to honour the freedom fighters in a befitting manner.

A special focus of these efforts has been on the legendary freedom fighter and visionary leader, Netaji Subhas Chandra Bose. Several steps have been taken in this regard. In this spirit, Republic Day celebrations is beginning a day early, from today 23rd of January.

The Arts and Culture Department, Manipur organised the Diwas at INA Complex at Moirang. People paid floral tributes at the statue of Netaji installed at the complex. Different cultural troups also presented performance during the anniversary programme.