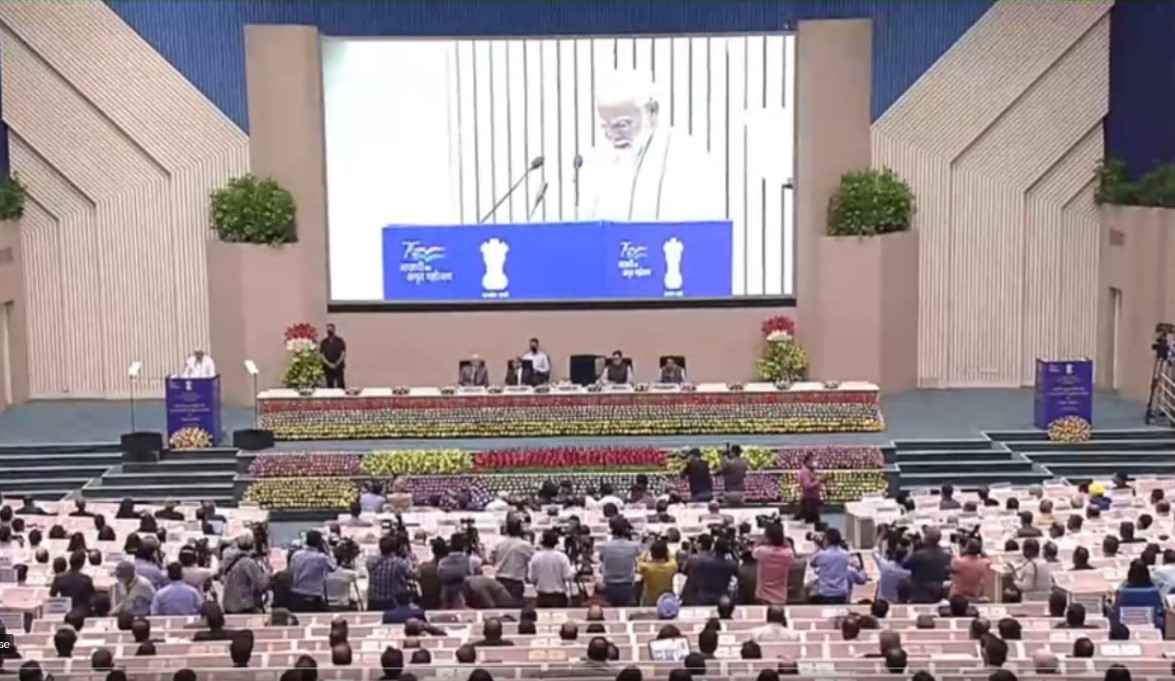 New Delhi: Prime Minister Narendra Modi today called for encouraging local languages in courts saying, it will increase the confidence of the common people in the judicial system. Mr. Modi said this while addressing the inaugural session of the Joint Conference of Chief Ministers of the States and Chief Justices of High Courts in New Delhi.

The Prime Minister said, the government considers the possibilities of technology in the judicial system as an essential part of the Digital India Mission. He said, the e-courts project is being implemented in mission mode in the country.

Mr Modi said, the Judiciary is the guardian of the Constitution and the Legislature represents the aspirations of the citizens adding that this balance will prepare the roadmap for an effective and time-bound judicial system in the country.

The Prime Minister stressed that 75 years of Independence have clarified the roles and responsibilities of both the judiciary and the executive. He added that this relation has evolved wherever necessary to give direction to the country. Mr. Modi said, in this \’Amrit Kaal\’, the country\’s vision should be for a judicial system where justice is easily available, quick and for everyone.

Mr Modi said, in 2015, the Centre identified about 1,800 laws which have become irrelevant. Out of these, 1,450 laws were abolished. He said that only 75 such laws have been abolished by the states and urged the states to look into it.

Talking about under-trial prisoners, the Prime Minister said, today there are about 3.5 lakh such prisoners in the country. He said, most of them are from poor or ordinary families and urged the Chief Ministers and Chief Justices of High Courts to give priority to their cases.

Chief Justice of India N. V. Ramana said, the law should be made after thorough debates and discussions incorporating the needs and aspirations of concerned people. He said, often there is litigation because of the non-performance of executives and inaction of legislatures which are avoidable.

He also said that well-meaning intentions behind Public Interest Litigation are misused as it is turned into ‘Personal Interest Litigation’ to stall projects and terrorise public authorities. He said, it has become a tool to settle scores with political and corporate rivals.

The Chief Justice said that the Constitution provides separation of power among the three organs of the state and one should be mindful of the ‘Lakshman Rekha’ while discharging their duty.

Law and Justice Minister Kiren Rijiju and Chief Ministers of the Several States and Union Territories were present in the conference.

The Joint Conference is an occasion for the executive and the judiciary to come together to create frameworks for simple and convenient delivery of justice and to discuss steps required to overcome the challenges facing the judicial system.

The previous such conference was held in 2016. Since then, the government has taken various initiatives for improving infrastructure and integration of digital technology in court processes under e-Courts Mission Mode Project.